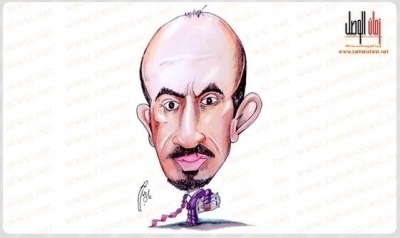 Top officials of the main two opposition groups in Syria, the western-backed Syrian National Coalition and the Russian-backed National Coordination Body, met in Cairo two weeks ago to try to bolster dialogue and boost cooperation ahead of the Geneva II summit, well-informed source told Zaman al-Wasl.

Ahmed Jarba, the Coalition president, Hassan Abdul Azim, the general coordinator of the National Coordination Body for Democratic Change (NCC) and Haitham Manna, deputy head of the Body, discussed ways to overcome the obstacles and find common ground to form one delegation which can represent the Syrian opposition in Geneva peace conference, the source said.

The internal opposition, the NCC, is a coalition of non-armed opposition parties and figures based in Syria. It was established in June 2011 to unite the demands of the opposition and organize political dialogue and peaceful anti-regime protests.

The Coalition will face troubles next week when 200 opposition figure of the opposition seek to form a new body instead of the Coalition in Cordoba, the southern city of Spain on January 9 and 10, a source told Zaman al-Wasl.

More than 200 participants will attend the conference, which represents the Syrian opposition spectrum, including 19 representatives from the National Coordination Body for Democratic Change, with remarkable participation from the newly formed 55-Islamist units, The Islamic Front.

According to the source, some opposition figures will propose a draft for the 2014 presidential elections, nominates a well-known Damascene Sunni Businessman, (his name was not mentioned) who is allied with the rebels in Ghouta, to lead Syria after the fall of Bashar Assad.

The draft noted that the Syrian regime figures can participate in the power.

In related development, a member of the Coalition demanded on Monday that the Coalition leadership resign for its failure to defend Syrians inside the country.

The proposal was made by Marwan Hajjo Rifai, a founding member of the Syrian National Council, which was the principal opposition-in-exile group before it was eclipsed by the Coalition.