Iranian and Hezbollah advisers are playing a growing role 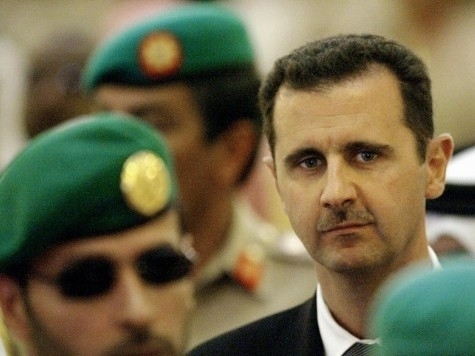 A belief prevails among Jordanian officials that those who make up the regime's more sensitive circles have been changed recently in favor of Iranian and Lebanese advisers.

They are in charge of basic tasks, including the protection of the Presidential palace and the secret complex roads underground built between the key centers of the regime and Mount Qassioun.

This means that those around President Bashar Assad today are no longer from the family, ruling party or even the sect. This sounds similar to theories coming from the Gulf, which suggest that the personal guards of the Syrian presidency headquarters are commando fighters from the Iranian Revolutionary Guards. These guards are unable to change their physical appearance which was noted by some Jordanian supporters who visited Bashar Assad recently. They provided descriptions to the authorities about the visual details of the guards, enabling experts to analyze the information about the guards and escorts, who also do not speak Arabic.

Elite units of Hezbollah fighters are stationed at points very close to the central lines of communication on the international highways around the capital Damascus. They are easily distinguishable on the roads and at public barricades.

The political and media circles of Hezbollah have became central to communications with Assad and even with Tehran. The visit of some Jordanian activists to Damascus and Tehran was organized by Jordanians working with the regime, and was funded and given logistical support from Hezbollah.

The Jordanians think that the coordination of power and communication points between Iran, Hezbollah and Moscow is significant, indicating a significant decline in the role of the regime's key figures and Assad's own family. This gives the impression that the Syrian army has become quite like a Russian franchise, except for the Republican Guards and the elite Fourth Armoured Division, which make up the Iranian share.

An independent point of view suggests that the Iranian and Lebanese powers in the Syrian equation seek to transform the internal situation in Syria from the status of "war and military conflict" to the status of "loose security",  similar to the Algerian scenario. That is, to turn the issue of the revolution and the armed opposition in to fighting jihadi extremists and terrorists so that the problem becomes one of security, not a military or political conflict.

This may require the repositioning of the Palestinian demographic mass in Syria, through the adoption of the policy of moving the Yarmouk refugee camp from the bosom of the capital as a prominent Palestinian landmark to another place. Meanwhile, other camps may be moved, possibly to Quneitra and the Golan Heights, in order to create a "Palestinian Syrian resistance movement". Later it will create a permanent Lebanese movement to act out what Assad described in his speech as "opening the door of resistance for Palestinian refugees."

This demographic move may be useful in any negotiations or political battle that might take place later in the context of the original conflict between Iran and Israel, which has calmed after a period of escalating rhetoric and the message imparted through the shelling of the Golan Heights, and after the regime took control over Yabroud and Qalamoun. It is especially significant after the evident confusion from the Turks performance in the north and the Syrian's confidence in the Iraqi role against ISIS in the east.