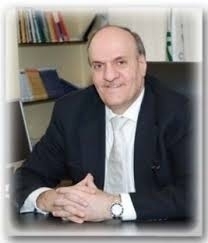 A second candidate for the Syrian presidency was announced Thursday by Hassan Abdullah al-Nouri.

Nouri submitted an application to the Supreme Constitutional Court announceing his candidacy.

Nouri is the second to declare his candidacy after MP Maher Abdul-Hafiz Hajjar announced he was running for president on Wednesday. Presidential elections are set to take place on 3 June.

Speaker of the People's Assembly Mohammad Jihad al-Laham confirmed during a session on Thursday that the Assembly received a notification from the Supreme Constitutional Court including that Nouri submitted a candidacy application to the Court on April 24, 2014 along with the enclosed documents required by Article 21 of the Court's Law.

Nouri's application was registered as the second in the Court's register.

With MPs being informed, they are to give Nouri at least 35 written approvals in order  for his application not to be dismissed. Each MP is allowed to give approval to only one candidate.

Nouri already handed the Assembly a note from in which he officially announced that he was running for president along with the required documents, according to Speaker Laham, after he had been provided with an official written note to this effect by Chief of the Supreme Constitutional Court Adnan Zreiq.

Nouri was born in Damascus on 9 February, 1960. He earned a Bachelor’s Degree in Economy and Trade (Business Administration) from the University of Damascus in 1982.

He obtained a PhD in General Management (Human Resources Development) from John F. Kennedy University in 1989.

Nouri is the head of the National Initiative for Adminstration and Change in Syria.

He is married with five children.

Registration for presidential candidates was declared open on Monday by Laham, during a session that was attended by Prime Minister, ministers and representatives of local, Arab and foreign media.

Candidates can continue to submit applications through Thursday, 1 May, 2014.