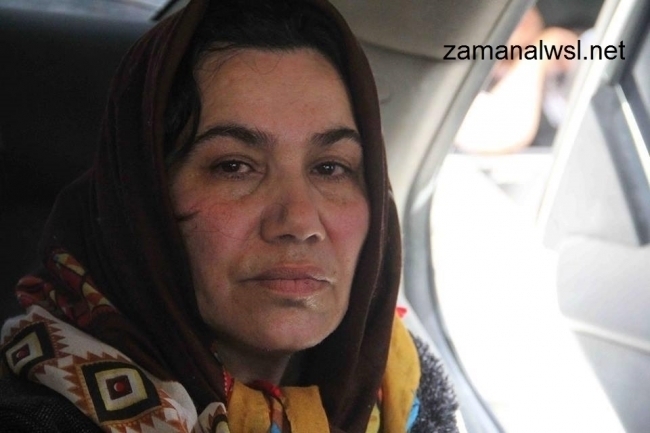 Shirin Ahmed, the newly freed Iranian hostage in the ceasefire deal of Homs last week, says she considers herself the luckiest hostage ever since she was released from captivity by the Liwa al-Tawhid brigade at the Bab al-Salameh border crossing with Turkey two months ago.

Ahmed, 30, was caught equipped with hidden camera and recording devices under her clothes where she was claiming her intention to visit the Shiite shrines in Aleppo province.

Five days ago, Ahmed, along with a Russian officer were freed with another 40 fighters and civilians from Bashar Assad’s family heartland in Latakia province, pursuant to the evacuation agreement of 1,200 rebels from the Old City of Homs on 9 and 10 May.

Ahmed told Zaman al-Wasl that her release was the result of intensified mediation by top ranking officers from the elite Iranian Revolutionary Guards, who pushed the Syrian regime to speed up the negotiation process with rebels.

Zaman al-Wasl sources confirmed that Ahmed was recruited by the Revolutionary Guards along with many girls in Syria for a variety of purposes including 'Jihad al-Nikah’ (Jihad Marriage) and prostitution to defame the rebels reputation.

Ahmed was expecting summarily execution but said she was surprised at the fair treatment she received at the hands of the Islamic rebel group, which provided her with interpreter, she told Zaman al-Wasl.

Most recent exchange deals have witnessed a deep impact by Assad’s strong ally Iran. The same swap deals also have sparked outrage among regime allies, mostly from the Alawite sect, an offshoot of Shiite Islam.

While many Alawites, roughly 10 percent of Syria's 23 million people, have actively supported Assad, others have sympathized with the popular revolt against him in 2011 but now fear reprisals from his mainly Sunni Muslim enemies.

More details of the recruitment drive by the Revolutionary Guards were posted this week in a report about Afghan refugees in Iran in the Wall Street Journal.

“Iran is recruiting Afghan refugees to fight in Syria,” the newspaper headline read, claiming that Iran is offering them stipends of $500 a month and residency permits, and quoting Afghans and Western officials.

The aim was to reduce casualties among Iranian Guards personnel and Lebanon's Hezbollah militia, a close Tehran ally, the official said.

Tehran has strongly denied its forces are directly involved in the Syrian conflict but Hezbollah publicly acknowledged in April last year that it has been fighting alongside Assad's troops.

Like Hezbollah and most Iranians, the Afghan recruits are Shiites and support Assad, whose Alawite faith is an offshoot of Shiite Islam, the Journal said.

Syria's conflict began with largely peaceful protests calling for reforms but transformed into an armed uprising and eventually a civil war following a ferocious military crackdown on protesters. More than 150,000 people have died since March 2011, and hundreds of thousands of people have been wounded and displaced by the war.