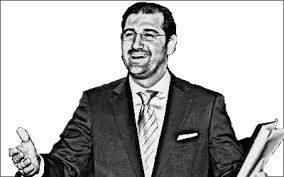 All4Syria has learned from a reliable source in Wadi Nasara (the Valley of the Christians in Arabic) that a broad campaign of acquisitions and takeover of land and property is taking place in the town of al-Hosn.

The area has been depopulated of its Sunni population by both Assad's militants and opposition armed groups. They were prevented from entering their town after it fell to Assad's forces.

The source said that Rami Makhlouf, a cousin of President Assad, seized the lands and properties surrounding the archaeological castle in the town. The lands and properties are being bought by the Shabbiha and Alawite National Defense Forces from the city of Tartous, in an apparent effort to clear the area of its indigenous population.

When al-Hosn fell to Assad's forces, a number of the residents tried to return to their town, carrying pictures of President Bashar Assad, but Assad's forces prevented them from entering their homes after they have been photographed by Syrian state media which claimed the residents were celebrating the victory of the Syrian army and the defeat of the armed groups.