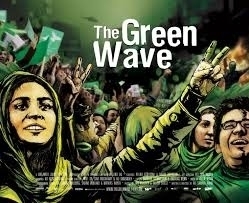 "Iranians have the right to know" is the title of an open message of the Iranian opposition against the Mullahs in Iran, in which they demand the Syrian people understand the position of most Iranian people who are in solidarity with the Syrian demands for freedom and human dignity, and an end to violent religious and sectarian speech.

The message was circulated by a wide range of Iranian civil society, ex-military figures, media journalists and citizens who have followed the events in Syria for over three years.

The letter exposed another popular point of view that differs form that represented by Iranian religious system, and expresses a broad and popular Iranian opinion.

The message includes an invitation to build a new communication strategy between both the Syrian and Iranian people, away of the violence and hate speech, that meets with the global movements of ideas beyond the ongoing war in Syria which is characterised by killing, displacement and criminality.

The message recognizes that there have been no intensive efforts to support the Syrian people during the past three years, as well as silence and absence of initiative from the Iranian civil society in this regard, considering the volume of Iranian government participation in the Syrian war, which it considers a mistake.

In conclusion, the majority of Iranian people were feeling tired and ashamed of what is happening in Syria, but have an absence of information due to the imposed control of Mullahs on media, and the withholding the news of what is going on the Syrian arena according to propaganda campaigns of both cooperating parties to hide and distort the truth.

All facts, conferences and meetings held by the Syrian opposition in Arabic countries, never heard of any meeting that penetrates the Iranian diaspora abroad, especially in western countries.

The message of the revolution has been directed towards Europeans on websites and social networks, but for historical and technological reasons, these messages never reached the Iranian people, despite the fact that  that there are 24 million Iranian Facebook users. Strangely enough, a large number of the messages and documents are translated into Russian and limited number into Persian. Regarding communications of the Syrian opposition, there has been no discriminattion between the Iranian regime and Iranian people and no recognition that many Iranian people agree to the policy of their country in Syria because they are reformists, progressives and oppose the policy of conservative clerics and the Revolutionary Guard.

This message confirms that military interference to fight in Syria is a tactical and strategic mistake, as well as a miscommunication by the Syrian opposition with the Iranian people.

Moaz Al-Khatib, the former head of the Coalition met some Iranian officials in Iran, but faced difficulties changing the official position towards the Syrian crisis. The only glimmer of hope left is to have a direct contact between both the Syrian and Iranian opposition.

At the tactical level, the whole world knows that the Syrian regime would not last 24 hours without Iranian support. The information that the Iranian opposition has is that Lebanese Hezbollah follows the Iranian revolutionary guards and another militias funded by them. This support has burdened the Iranian people economically and financially, when they already live in very difficult economic conditions.

If the Syrian opposition aimed to grab the Syrian regime from its Iranian custody, they need to engage in communications with the Iranian people and keep them up to date about the of Iranian regime in Syria, as the Syrian war is also important to a large bloc of Iranian community for ethical, political and financial reasons. Then there are Iranian people lost their lives in this war, as well as that the Iranian interference to support Bashar Assad's forces a form of pressure on the Iranian economy. Given Tehran is already under western sanctions for its role in Syria, as well as the nuclear file, Iran is now subjected to the largest attrition campaign as a result of getting involved in the Syrian war.

The message recommends that the Syrian opposition need to stop using the inciting sectarian speech, saying the war in Syria is a political war not a sectarian war. Iranians, they say, are waiting for different political speech, especially as they look at the Syrian revolution with a political eye and not as a manifestation of an existential battle between Sunni and Shiite. The problem is with the Iranian regime and not with Iranian people, and for certain not with Shiites.

The Syrian revolution must be protected as a democratic revolution against the Baath regime after taking shelter under secular and frail slogans.

Finally, the message says the Syrian war resembles the Iranian involvement in Vietnam, which was considered a grave error.

The signatories end the message imploring the Syrian opposition by saying: Iranians have the right to know the facts of what is happening in Syria.

The message was posted on the Internet Naam Shaam Tehran, Iran www.naamshaam.org, and published in the journal of the International Lokoriahin,  the latest issue of 7 May.