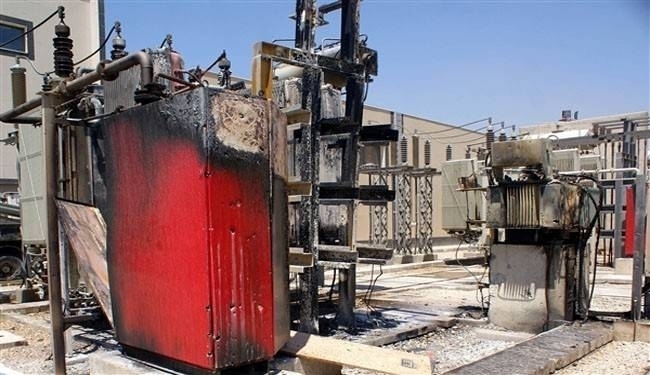 Residents of the Syrian capital, Damascus, and the southern region in general, complain of power outages lasting for many hours and a power rationing schedule which provides electricity for just two hours, before it is cut for three. The cuts last for six hours after midnight.

Residents of Damascus and its countryside reported that in some areas, especially in rural areas, the electricity cuts last five or six hours at a time, while in the rich neighborhoods of Damascus, such as Abu Rummaneh, Maliki and Mazzeh, the cuts don’t exceed one or two hours a day.

Official reports say that 40 percent of high-voltage cables are out of service, and that more than 5,000 power stations are out not operating.

After dusk, darkness descends on most of the streets and neighborhoods of the capital. Residents of Rukn al-Din and Musbak as-Suneh in the northwest of Damascus report that the duration of power outages in their areas reaches 12 hours a day, where the power is cut for about four hours and returns for about 4 hours, sometimes less.

Residents in Dwelha, Jaramana and Tabbaleh neighborhoods southeast of the capital said that the rationing lasts up to four hours, but when the electricity comes, it doesn’t last for more than two.

Damascus and the southern region lived in total darkness last night, with power cut for more than 12 consecutive hours. These areas are suffering from long hours of power cuts, and there is no way to know the specific rationing times. People there also fear an increase in the cuts of the water supply, alongside power outages, as the water supply has been stopped in some neighborhoods now for days in a row.

The Ministry of Electricity announced on Monday that power outages in the southern region were the result of "an assault on the high-voltage cables". The Minister of Electricity, Imad Khamis, said in a press statement to the official SANA news agency that the "assault targeted high-voltage cables leading to power outages in the entire southern region."

The Ministry of Electricity explained that "there was an attack on the transmission lines and gas generating turbines in Nasiriyah, ‫ Deir Ali and Tishreen stations that provide electricity to the southern region".

People in the capital worry about continuous power cuts, which are an additional burden when the drinking water supply has also stopped. Since the beginning of this year, Damascus residents have complained of water cuts coinciding with power outages, while water hardly reaches some neighborhoods. Some residents rely on engines to help water reach the upper floors, though this phenomenon was not widespread in Damascus as the rest of other Syrian cities.

Damascus residents are now used to power outages and are trying to adapt to the new conditions. Electricity has been cut in most of the rebel-held countryside of Damascus for about two years.

Abu Mohammed, 55, a grocery store owner in Damascus, does not say that power outages reduce his ability to follow the news coming from the hot spots.

"This has an impact on us, as we are the sons of one nation," he says, but added that is also "one of the positives of power outages is this inability to follow the news, as most of the channels concentrate on the bombings, the shelling and death in other areas, and we follow this news daily with pain, sadness and regret".

Souad, 45 years old, a housewife from the neighborhood of Rukn al-Din, says that the outage brought about a solidarity between the neighbors and family.

"We spend our evening in the dark, visiting the neighbors and family. The women of this neighborhood agreed to develop a schedule of mutual visits among us every evening, depending on the rationing hours," she says.

The electricity cut for long hours have meant the re-establishment of a primitive life; lanterns operate on gas and electric chargers, run on car batteries.

Souad says that when electricity comes, "all the family members are in rush; someone wants to have a bath, I put the laundry in the washing machine, the rest are racing to charge their cell phones… We try to take advantage of every second in order not to waste it".