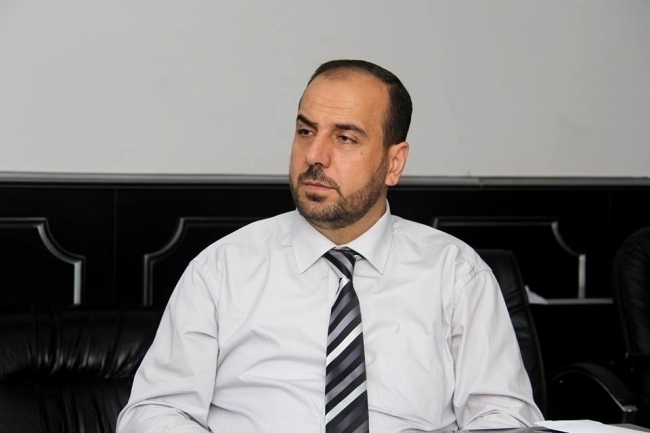 The newly appointed Secretary-General of the Syrian National Coalition, Nasr al-Hariri, has announced the work program for the Secretariat of the Coalition, stressing that rebels’ demands must be implemented and demanding Free Syrian Army factions unify their rows under one goal.

He also urged for a reconsideration of how weapons are used on the frontline and against who, saying the revolution’s first priority is to topple the regime.

In an exclusive interview with Zaman al-Wasl, Hariri stressed that all efforts must be exerted to unite all positions, and to stop those who have corrupted and sabotaged the Syrian revolution. He refused to discuss the decision to dissolve the Interim Syrian government, saying only that it was a "unanimous resolution made by the Coalition’s general committee in its last meeting after listening to the Ministers’ reports".

Hariri pointed out that it will be his priority to implement the Secretariat’s plan while taking into consideration the time factor, because it is necessary to "direct the compass toward home" and work on restoring the connection between the Coalition and the Syrian people by enhancing communications and achieving the Syrian people's aspirations, who have suffered for a long time.

Hariri added that he has worked to enhance the revolutionary work since the first day of taking charge of the Secretariat, after studying the work mechanisms to monitor the needs inside Syria and utilize the available capacities to address those needs. He said he has also adopted the principle of transparency with the Syrian people, both in terms of political decisions from the Coalition, and in explaining the reasons behind those decisions, by conducting opinion polls and persuasive arguments so that Syrians don’t feel excluded from the decision-making process that affects them primarily.

Hariri revealed that the Coalition’s next steps include activating its headquarters at home to serve the Syrians, facilitating frequent field tripss by Coalition’s members to witness what is happening on the ground and to issue statements that reflect Syrians’ suffering and aspirations. Finally, he said he will work to implement tangible projects in coordination with the local councils and the Interim Government, which is supposed to have offices inside Syria.

Lastly, he said the first priority is to regulate the relationship between the Coalition, the Interim Government and local councils, in coordination with the Chief-of-Staff and battalions active on the ground.