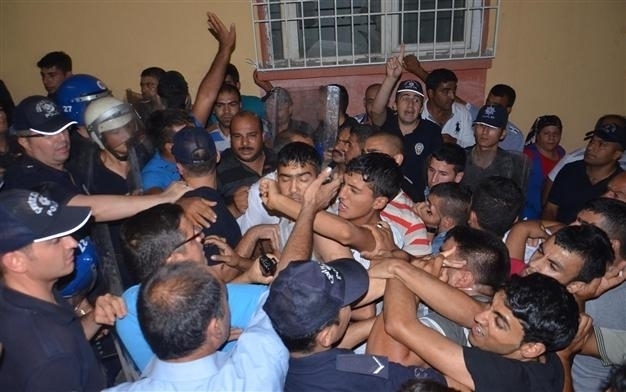 Tensions have yet again emerged and demonstrations were held in Gaziantep after a Turkish citizen was killed by a Syrian refugee on Tuesday.

Turkish media sources said that the Syrian stabbed the Turkish 60-years-old after a fight. Reports said the Turkish owner of the house wanted to evict the Syrian renter for failing to pay the rent.

The sources said that though the suspect ran away, hundreds of Turks demonstrated in the area and tried to attack the building where the crime took place, but the police prevented them.

Police have started the search, while armored vehicles are stationed in the area.