After the murder of a Turk in Gaziantep by a Syrian man, many fear hostility will spread 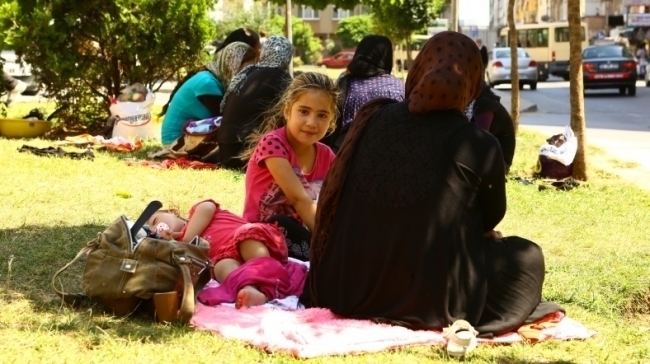 Similar mutterings have been heard from Turks across Istanbul recently: “Syrians have not shown gratitude and respect for Turkish hospitality ".

This was apparently proven true among the residents of Gaziantep following the murder of a Turkish citizen by a Syrian refugee last week, following a dispute over rent.

The murder led to increase in harassment by Turks against Syrian people, their cars and property, in a clear message that they are no longer welcome.

Ahmed, a former resident in the city of Gaziantep, described how a group of masked youths smashed his car, only because it has Syrian registration plates.

"It is unfortunate that all Syrians are held responsible for the violations of some Syrians, because reports of abuse and violence often circulate, therefore, the Turks in Gaziantep now describe all Syrians as 'bad, many of them say Syrians harass girls and sing too loudly in their cars," he said.

Ahmed was forced to leave his job due to the number of threats he received and look for a job in Istanbul.

According to Ahmad, most Turks blame the Turkish authorities for Syrian’s violations, due to their slackening and negligence in handling Syrian abuses, under the orders of Erdogan government which supports Syrians. Authorities have begun recently to take action to deport Syrians who are living below the poverty line to the camps, but it is too late for the Turks in Gaziantep, Ahmed said.

Ahmed is not the only one who moved from Gaziantep to Istanbul; many others have done the same, saying they are afraid the rumors of Syrians bad behavior will spread also in Istanbul.

According to one employee who works in one of the cafes near Taksim square, "Syrians are gathering in huge numbers there, especially at night, where they sit on the ground, throw their trash everywhere, and harass the Turkish girls. They are in abundance in Gezi Park in Taksim".

However, one Turkish girl, Aisha, put it differently, saying that “not all Syrians can be judged because of the actions of some." Still, she and her colleagues noticed that the character of the streets where large numbers of Syrians live has changed from before their arrival.