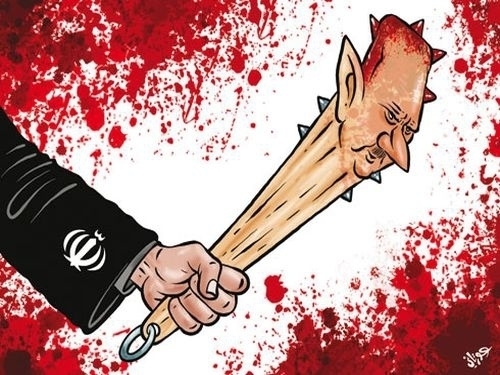 Sources have told Zaman al-Wasl that Bashar al-Assad’s nomination for a third term to the presidency annoyed Iran, which suggested he try to extend his constitutional term only until gaining a sense of the international and opposition positions, and after the Geneva II conference.

However, they said Assad disappointed his two main supporters when he nominated himself to presidency, resulting in further complicating the Syrian crisis by remaining as president for another seven years.

The sources believe that Assad knew Iran and Russia wanted to use the card in negotiations, however, his nomination altered the situation and decreased Iran's trust in him. Sources reported that political communications between Assad and Iran collapsed after the presidential election, despite Iranian President Hassan Rohani's message of official congratulations to Assad upon winning.

Furthermore, sources revealed that Iran requested a change to the Local Administration law to a self-administration law, whereby areas under opposition control could have limited self administration while the executive authority remains under the local authority. Security and defense plans would continue to follow the central authority in Damascus.

However, that request failed because of the complicated situation on the ground and the difficulties in open communication with the opposition to discuss those ideas.

Zaman al-Wasl did not have enough information to confirm if those ideas were discussed by Sheikh Mouaz al-Khatib during his visit to Tehran. Khatib previously denied Zaman al-Wasl reports about his visit to Iran, and accused some parties close to the regime of circulating the news to deliberately mess things up, in a letter forwarded to the newspaper.