71 children have been killed in a month 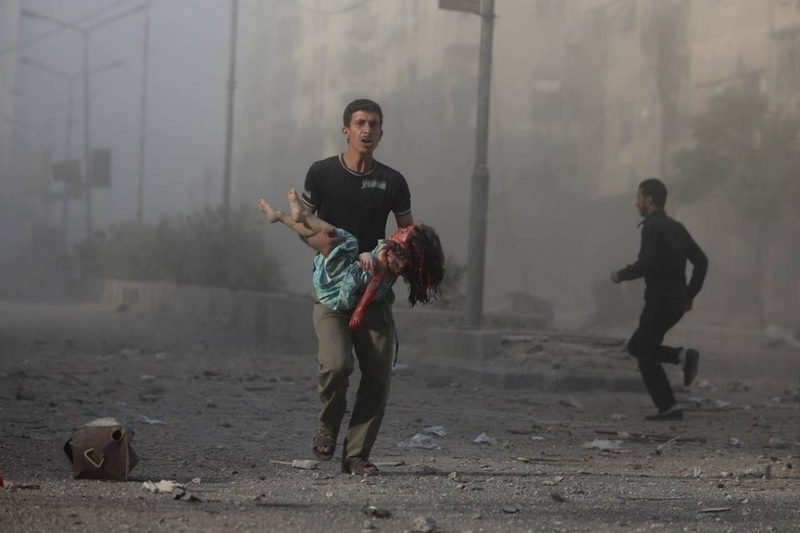 The Human Rights Office of the Revolutionary Command Council in Damascus has confirmed to All4Syria that Assad's forces have committed 14 massacres in Eastern Ghouta since 9 September.

Seven of the massacres were committed in the city of Douma, two in each of Hammouriyah and Arbin, and one in each of the towns of Ain ​​Tarma, Jisreen and Bala.

The Assad regime has waged a systematic and genocidal war on civilians in Eastern Ghouta as a response to his inability to enter the region militarily. Impervious towards the tens of thousands of children linving there, the Assad regime continues to commit massacres in the cities and towns of Eastern Ghouta using warplanes which carry vacuum missiles that cause severe destruction.

Over 276 martyrs have been killed in these massacres, among them 71 children and 41 women. The number of martyrs in each massacre is estimated to more than 10, while hundreds of people, mostly civilians and children, have been wounded as the regime concentrates on areas and neighborhoods housing civilians.

These massacres have resulted in documented cases of permanent disability and amputations because the medical centers failed to secure treatment for the injured due to the shortage of medical supplies as a result of the siege.

In the meantime, the region is still exposed to heavy shelling using missiles, rocket launchers and ballistic missiles which caused considerable damage and in some cases, total destruction of civilian neighborhoods.