Lebanese soldiers were released in exchange for Imad Jomma 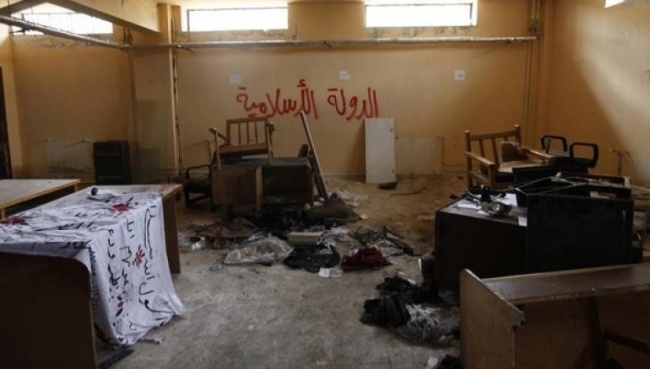 The Islamic State of Iraq and Syria has decided to isolate the Fajr el-Islam group in Qalamoun, known as "Imad Jomma’s group", for breaching the Sharia rules. The decision has been implemented.

The ruling was made after Abo Talal al-Aouri, the group’s leader, insisted on releasing Lebanese soldiers in exchange for Imad Jomma, according to a source talked on condition of anonymity.

Jomma, the group's leader, was arrested at a checkpoint by the Lebanese army last August. His arrest sparked a war in Arsal, in which the Lebanese Army and Hezbollah militias shelled the town, concentrated with refugee camps, resulting in the burning of most of their tents, besides the killing and wounding of many.