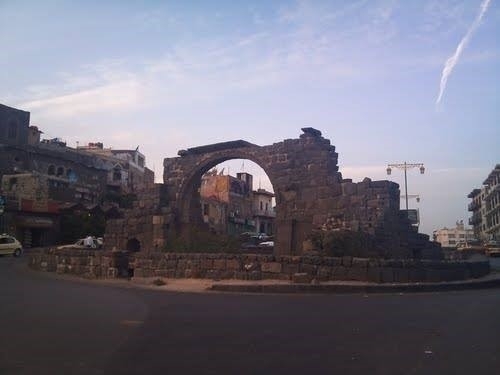 Author Maher Sharaf Addine has said the regime is seeking to suggest that ISIS is present in Suweida province to convince the U.S.-led alliance to shell the southern region and help Assad's army to impose its conditions in the Horan, which is undergoing "a sweeping liberalization process".

On his Facebook page, the author wrote: "The Iranian al-Aalem channel has warned of the presence of large concentrations of ISIS in the northeast of Suweida and warned of an imminent attack! This news is in tune with news promoted by the regime, with the goal of pushing the those in the Horan mountain more and more towards the arms of the Alawite regime."

He pointed out that the regime has been negotiating with ISIS in al-Hajar al-Aswad, asking ISIS to occupy positions in Daraa, and not Raqqa. "The regime wants to create ISIS in southern Syria," he said.

"Since all the news about the presence of ISIS near Suweida come from regime media, the Alawite regime is responsible for any drop of blood shed under the pretext of ISIS attack on a village in Suweida," he concluded.

Sources have confirmed that the Assad regime is about to form an armed faction in Suweida to attack the liberated areas in Horan, and the defense minister in the regime government summoned a retired officer for this purpose.

"Brigadier Jaber Mehrez, who was the commander of the 38th Air Defense Brigade was summoned by al-Freej to form an armed faction consisting of ten thousand armed fighters. Mehrez collects the fighters, whom he will pay 31,000 Syrian Pounds per month. He is touring the villages, visiting sheikhs, and meeting with each person who may support his mission. It is worth mentioning that he claims that he does not have a formal mandate for this mission," one source said.

"According to our information, the Baath Party branch doesn’t support the mission. We think that Lebanese Hezbollah funds the whole process, including training, supervision and leadership, which all are carried out by the fighters of this party. They claim that the goal is to liberate the east of Horan and the highway between Damascus and Daraa."

Activists from Suweida stressed that Iran has begun to attract young men from the People's Committees in Suweida to be trained in combat operations in Iran in order to involve them in clashes with the rebels in Horan.

A source confirmed that Samir Kuntar, and Wiam Wahhab before him, tried to form militias supported by the Iranians, but that they didn’t gain popularity in Jabal al-Arab.There are now rumors that the retired Brigadier General, Nayef al-Aaqel, involved in the massacre of Hama in the 1980s, is to assist in the formation of an armed faction.

Media activist Faisal Qassem reported from activists in Suweida that "there are suspicious movements in Tal al-Asfar area and to the northeast of Khalidiya carried out by terrorist gangs of Wafiq Nasser".

Activists said "a prominent national Bedouin figure confirmed that shepherds have seen suspicious movements in the region. SUVs raising the black flags of ISIS, and other cars looking similar to those used by military intelligence raised pictures of Bashar Assad, have been in and out of these areas without any clashes".

Activists said that the movements of the Wafiq Nasser cells coincide with efforts by the mullahs in Tehran and the Hezbollah militia to establish a military faction in order to use it in offensive military operations against the strongholds of the rebels in Horan, calling on residents not to be dragged into this great sedition of the Assad regime. The mullahs of Tehran and Hezbollah want to awaken the mountain and plains of Horan.