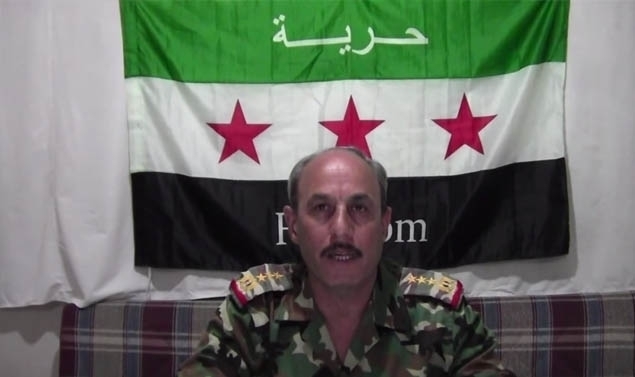 The Supreme Military Command of the Free Syrian Army has elected Brigadier Abdulkarim Ahmed as Chief-of-Staff. Brigadier General Ahmed Berri has also been elected as deputy Chief-of-Staff for the northern front, and Ziad Hariri for the southern front for three months.

The elections took place after a meeting between the Supreme Military Command and a delegation of the Syrian National Coalition which was headed by Nasr al-Hariri, the Secretary of the Coalition. The meeting was attended by head of the Interim Government, Ahmad Toumeh, Defense Minister Major General Selim Idriss, and Interior Minister Brigadier Awad Ali.

The statement of the command said that both Brigadier Abdulkarim Ahmed and Brigadier General Ahmed Berri had nominated themselves for the Chief-of-Staff position. Ahmad won 20 votes while Berri won nine votes in the secret election carried out by 30 members of the Supreme Military Council. The council elected Colonel Abdul Rahman Sweiss as Secretary, winning 19 votes out of 30, and Mohamed Said was appointed Deputy Secretary.