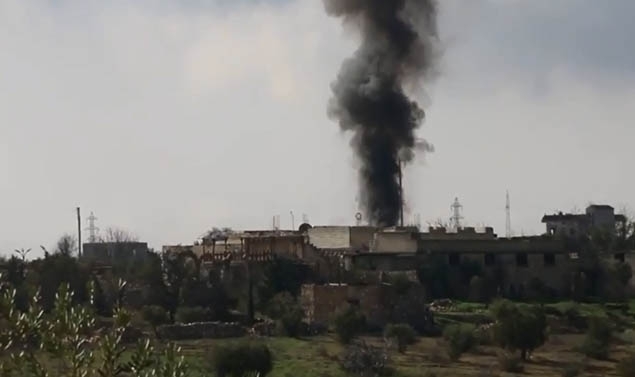 News of the liberation of Wadi Deif and Hamadiyah camps have shocked the shabeeha and regime supporters, especially after dozens of regime soldiers were killed.

The flames of the liberated camp arrived the pro-regime areas, where a source from Tartous confirmed that the shabeeha gatherings there demanded the regime withdraw all soldiers from the Hamadiyah camp.

"They are certain that the regime cannot provide them with support, they are only demanding to maintain the lives of their sons," the source added.

The source confirmed to Siraj Press that regime supporters there had barely finished burying their sons who were killed in Deir-ez-Zor airbase when they heard about the fall of Wadi Deif.

"They have nothing to do but bury their dead, and the president is in his palace, totally careless about the whole thing," one activist said.

In the same context, there are significant tensions among the shabeeha forces, evolving to armed clashes in more than one village of the coast, which refuses to send their children to die to defend Assad.

Sources confirmed to Siraj Press that a group of armed gangs made up of officers, soldiers, and young men from Banias countryside refused to serve in the military, and have fled their villages in the mountains – especially from the villages on the road between Misyaf and Banias – to become bandits, stealing public and private cars and kidnapping people to get ransom.