Syrians previously enjoyed visa-free travel with neighboring Lebanon, which has made the small Mediterranean state a popular destination for many Syrians fleeing the violence in their homeland 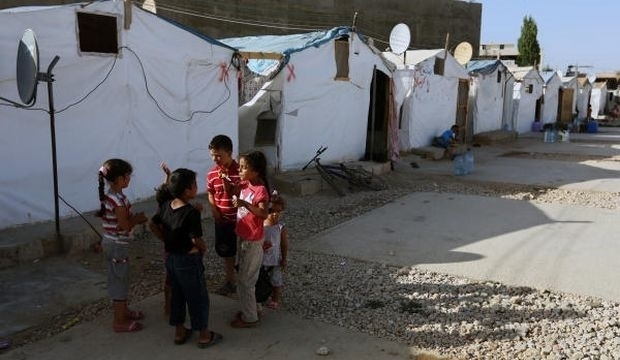 Lebanon will impose visa restrictions on Syrians coming into the country starting Monday, as it struggles to cope with the influx of refugees fleeing the conflict in its war-torn neighbor.

Syrians previously enjoyed visa-free travel with neighboring Lebanon, which has made the small Mediterranean state a popular destination for many Syrians fleeing the violence in their homeland.

Lebanon, which had a total population of around 4 million at the outbreak of the uprising against Syrian president Bashar al-Assad in 2011, is currently home to over a million registered Syrian refugees. The presence of the refugees and tensions stemming from the war in Syria have placed severe strains on the Lebanese economy and the country’s fragile political system, which is based on a delicate confessional balance.

He added there were no plans to close the border between the two countries nor deport any refugees currently in Lebanon.

Under the new rules, Syrians entering Lebanon are required to either claim refugee status or to apply for one of six different visas for tourism, health, business, study, work, or temporary stay.

Those applying for a work visa will need a sponsor in Lebanon and will be allowed to stay in the country for one month subject to a renewal.

Since October, Lebanon had been applying the new rules for refugees on a case-by-case basis, restricting entry to those with “genuine need” to enter the country.

Derbas told Asharq Al-Awsat the new rules were part of a “new strategy to deal with the flow of Syrians into and outside Lebanon,” which included the rules established for refugees in 2014.

He added that the Lebanese authorities were ready to work with the Syrian government in order help refugees who wanted to return to safe areas in Syria, but that no reply had been received from Damascus regarding this.

Speaking to Asharq Al-Awsat, Nabil Halabi, the head of the Lebanese Institute for Democracy and Human Rights, said even though Lebanon had not handed over any refugees directly to the Syrian government for fear of contravening international human rights laws, it had previously deported some, leaving them to their own devices once they were in Syria.

He said despite being legal on paper, the new rules were unclear, and feared this could lead to their being applied “selectively,” which may put some Syrian refugees at risk of harm should they be returned to Syria.

Elsewhere, fighting continued along the Lebanese–Syrian border on Saturday between Syrian government forces and their Hezbollah allies and militants from the Al-Qaeda affiliate, the Al-Nusra Front, according to the UK-based Syrian Observatory for Human Rights.

The latest violence in the Qalamoun region of Syria, which borders southern Lebanon, has raised fears that the fighting might once again spill over into Lebanon itself.

In August 2014, the Lebanese border town of Arsal was the scene of fierce clashes between militants from the Nusra Front and the Lebanese Armed Forces, which resulted in several Lebanese security force personnel being taken prisoner by fighters from the jihadist group. A small number have since been executed, while more remain in the hands of the group.

Fighters claiming to be members of the Islamic State of Iraq and Syria (ISIS) also clashed with Lebanese troops in the port of Tripoli — Lebanon’s second-largest city — in October, which resulted in the deployment of a large number of troops to the area.