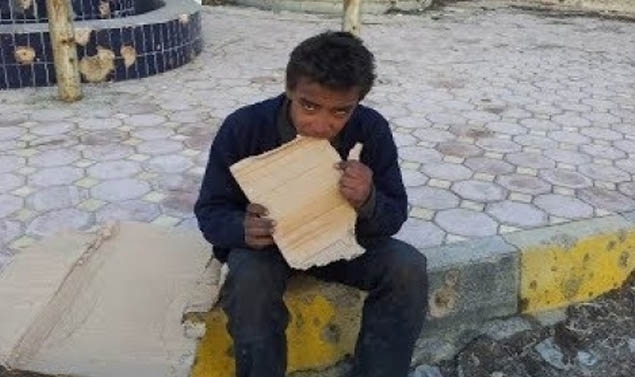 Residents of southern Damascus continue to suffer at the hands of an ongoing siege and an unforgiving winter, forcing the closure of the area’s only crossing point.

“The devastation for those living in the area has reached unprecedented levels”, said a representative from the Office of Relief in Southern Damascus countryside.

Children begging or searching for food in the garbage has become a familiar sight. Scholars and sheikhs allowed the eating of cats, dogs and donkeys at the end of 2013, after food became rare and unavailable.

At the time, the bird’s foot, the bitter plant, had become a source of food at high prices – almost 12,000 Syrian pounds per kilogram.

The difficulty of living conditions has often led to psychological trauma, and in some cases suicide. In December 2013, hundreds of people in Yarmouk camp attempted to escape the barrier of Beit Sahem, only to be shot by the regime's forces – about 150 people were killed.

Another incident occurred at the barrier of Ali al-Wahsh, between the towns of Yalda and Sayyidah Zaynab, when over 1,000 men and children were arrested trying to escape their suffering. Many were returned to their families dead.