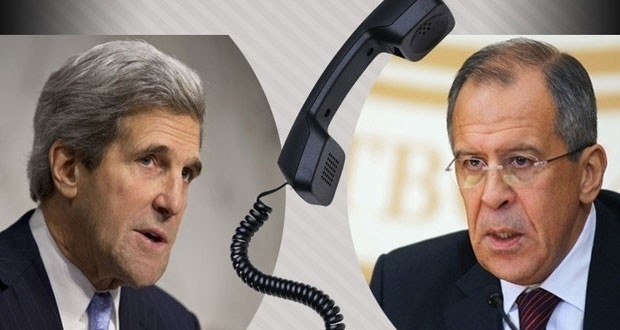 Russian Foreign Minister Sergei Lavrov stressed in a phone call with his US counterpart John Kerry the need for all concerned parties to exercise the necessary effort to reach a political settlement on the Syrian crisis.

The Russian Foreign Ministry said in a statement on Tuesday that Kerry affirmed Washington’s support for the upcoming meeting on Syria in Moscow, scheduled for late January.

The statement, published on the Russia Today website, added that both sides indicated the importance of peaceful initiatives put forth by UN Special Envoy for Syria Staffan de Mistura, including those aimed at achieving local reconciliations.

The ministry pointed out that the phone call, which was made by Washington, also touched upon issues concerning Russian-American relations.

Talks in Moscow are scheduled to take place between January 26 and 29, aimed at agreeing to hold an inter-Syrian conference to find a political solution to the crisis in Syria.