Rebel group claims the shelling of several locations inside Damascus airport, forcing the regime to cancel all passenger flights 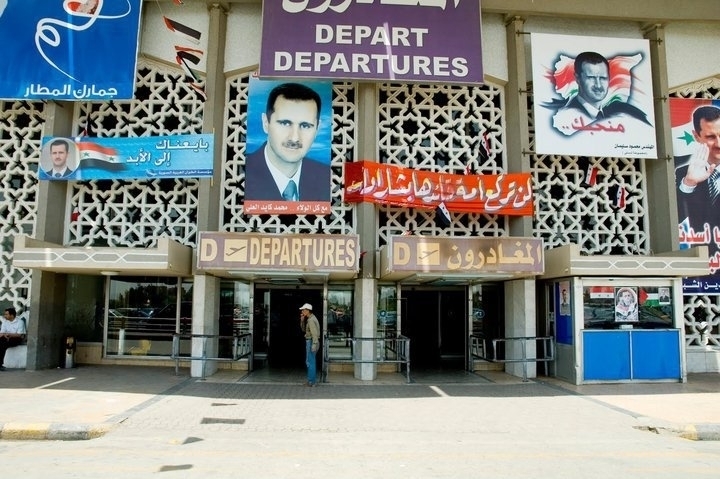 Activists in Damascus sad the government canceled all passenger bookings and flights on Tuesday from Damascus International Airport, without revealing the reason behind the cancellation.

The regime army has reportedly established further security and military checkpoints on the road to the airport, preventing civilian cars and passengers from entering the airport and its nearby areas, after a massive fire engulfed the gas line feeding the nearby Tishreen station on Monday.

A number of activists in the heart of the capital, Damascus, confirmed the power outage in many of its neighborhoods since last night.

The Liberation of Sham brigades and battalions claimed they shelled several locations within Damascus International Airport with six Katyusha rockets on Monday evening. The brigade’s Information Office said the rockets hit the Hall of Honor, the old saloon, the old garage, the Qassioun forestation company and the maintenance workshop.