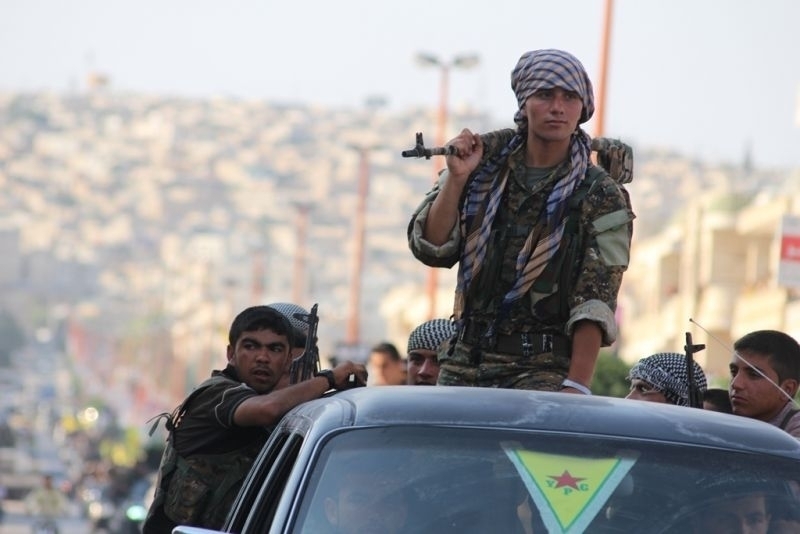 The Syrian Observatory for Human Rights reported that "at least 35 ISIS fighters were killed during clashes with Kurdish People's Protection Units, supported by Rebels of Raqqa Brigade and Shams ash-Shamal battalions, in the countryside of Kobani, where Kurds and their allies managed to take control over the hills of Baghdik, Charqulle and at-Tayiar. Four Kurdish fighters were killed in the fiercest fighting in the countryside of Kobani after Kurdish Units seized the city on January 26, 2015". The Observatory explained that the advance of the Kurdish units coincided with "several air strikes carried out by the international-Arab coalition targeting the locations of ISIS in the countryside of the city".

The Observatory said in a detailed report that Kurdish units and their allies were able to “regain control of more than 2,000 sq km in the north-east countryside of Aleppo, in areas located about 40 km east of Kobani, 30 km west, and between 30-35 km to the south and south west of the city, after violent clashes with the Islamic State since January 26, when Kurdish units restored control over Kobani”.

The Observatory pointed out that the city has witnessed clashes for about three months and 20 days, where ISIS was about to overpower the entire city, but the Kurdish defense and the intervention of the Arab-international coalition prevented its fall. The expulsion of ISIS from the city came with a hefty price, as more than 70 percent of the city now lies destroyed and uninhabitable.

The Observatory said in its report that "it is expected that the clashes betewen the two sides will expand to the northern countryside of the province of Raqqa, specifically around the city of Tal Abyad along the Syrian-Turkish border, and to the west, south and south-west towards the cities of Carchemish, Minbij and Serriin in the northeastern countryside of Aleppo".

The Observatory added that the total number of martyrs in Kobani and its countryside since September has reached 1,835 persons, among them are 39 civilian Kurds, 17 were executed by ISIS in the countryside of Ain al-Arab, while the rest were killed during the city’s bombing or by ISIS-planted mines.