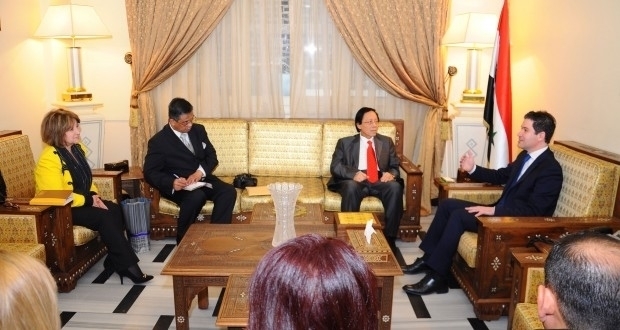 During the meeting, minister Yaziji called on Indonesian news agencies and tourism offices to visit Syria, preparing for peacetime tourism while correcting the distorted image circulated by Western media on the reality of events inside the country.

Yaziji confirmed the cost of tourism in Syria is still amongst the cheapest in the world as many places inside the country are witnessing large tourist turnouts, claiming the Syrian government always protects its heritage while its army offers sacrifices to keep Palmyra and Aleppo’s ancient cities safe.

The Indonesian ambassador told SANA after the meeting that people in his country pray every Friday for peace in Syria, adding “our people know the reality of what is going on.”