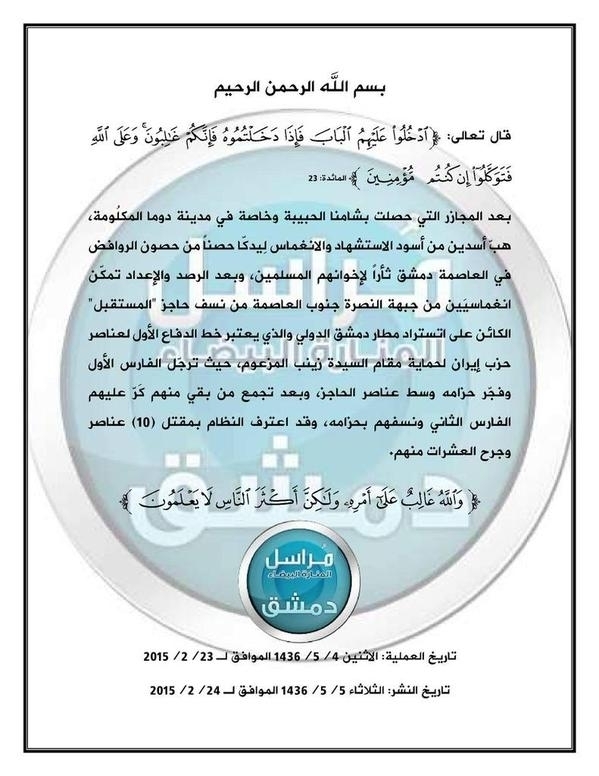 The Nusra Front have claimed the blowing up of al-Mustaqbal checkpoint, south of the capital Damascus, resulting in the death and injury of dozens of the pro-regime National Defense Forces and Hezbollah militiamen.

In an official statement by the Front, the organization claimed two of its suicide bombers detonated their explosives among a group of pro-regime National Defense and Hezbollah militia on Monday. Al-Mustaqbal checkpoint is located on the highway to Damascus International Airport, which is considered the first line of defense in protecting as-Sayeda Zainab. The operation led to the destruction of the checkpoint, killing 10 and injuring dozens, according to regime media channels.

The statement said the operation was in response to the massacres of Assad's regime in Douma and the eastern Ghouta, which have claimed the lives of hundreds of civilians.