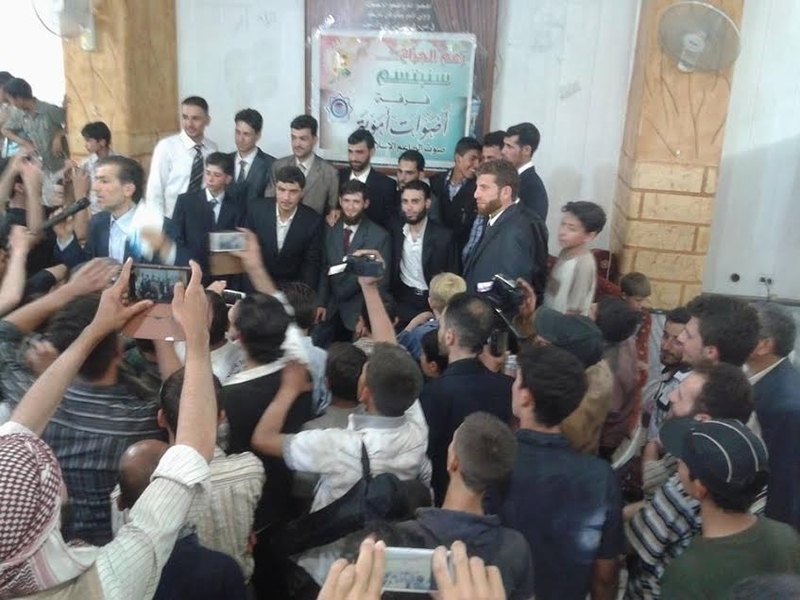 In a move rarely seen in Syria under conditions of war, a mass wedding ceremony was held in eastern Ghouta on Sunday evening for 15 fighters of the Army of Islam, with a large number of Douma residents attending the wedding of their sons.

Activists in eastern Ghouta said, "people expressed their satisfaction with the move, hoping that it will be repeated in order to alleviate the costs of marriage in Ghouta, which is exhausted by the siege. The move gives hope and joy to people in this area which witnesses the scenes of daily death".

People explained that the mass wedding helped deepen the concept of social solidarity, as it revives the authentic values that almost disappeared under the conditions of the Syrian crisis. Locals also called on humanitarian agencies to provide facilities and incentives for young Syrians of marriageable age, considering many families have lost sons in a war which has left hundreds of thousands of widows.