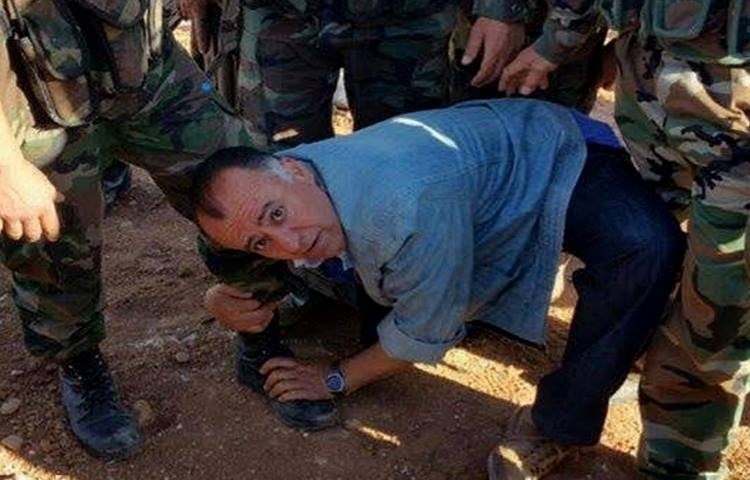 "When I saw him I cried and kissed him" – the emotional scene performed by Zuhair Abdul Karim in the countryside of Idleb on Sunday missed this phrase only to give charm to the love story of the "Military Boot", no less influential than "Romeo and Juliet".

After the vulgar crying of artist Ghassan Massoud, and a scene performed by Salloum Haddad on the regime's satellite channel, it was Zuhair Abdul Karim's turn to kiss the "military boot" as he performed the scene inside al-Mastumah camp .

What surprised the Syrian and Arab audiences who have warmly praised Syrian drama over the past decade, was that these actors – and many others – have accomplished heroic acts in Syrian historical drama worthy enough to become ideals for many of us.

After Kawthar al-Bashrawi and Zuhair Abdul Karim, the Military Boot will be presented with many more kisses, no doubt about it, as the military boot is today a national symbol and a sign of sacrifice for Assad. I will not be surprised if the boot replaced the helmet as a monument for the anonymous soldier in the Damascus squares, like it did in Lattakia.