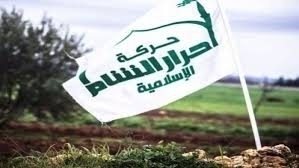 Ahrar al-Sham has claimed responsibility for an attack that killed a Syrian army commander in the Damascus neighborhood of al-Diwaniyah on Sunday.

A prominent regime military figure, Ali was born in Safita town near the coastal city of Tartous.

Syria’s crisis has killed over 220,000 people and forced millions to flee their homes, according to activists.