Report claims over 2,000 Syrians have drowned while attempting to emigrate to European countries 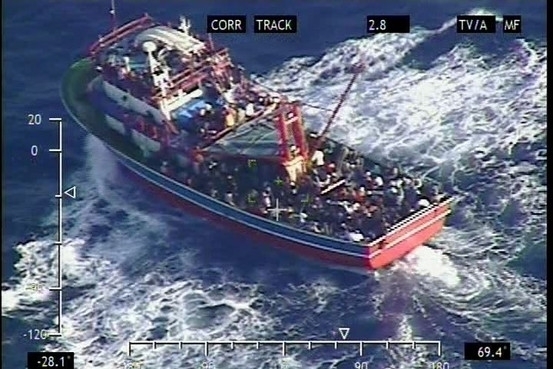 A report published by the Syrian Network for Human Rights entitled "From Death to Death" claims 2,157 Syrians, 75 percent of whom are women and children, drowned in the Mediterranean sea since 2011 while trying to escape to Europe. "The most tragic incident was on April 19, 2015, when 225 Syrians died in the sea off the coast of Libya. The numbers are the minimum that could be documented", the Network said.

According to the report, 90 percent of the refugees came from opposition-held areas.

The report revealed that one of the main problems for Syrians living in neighboring countries is lack of education, with an estimated 40 percent of children and university students unable continue their study. Syrians living in neighboring countries also suffer from other problems such as malnutrition, lack of drinkable water, deterioration of medical services, as well as other problems, including racism, poor housing conditions and difficulties obtaining citizenship in their countries of asylum.

The report pointed out that Western countries are falling short in receiving Syrian refugees. Britain was the worst, receiving fewer than 100 refugees, as the British immigration office rejects any application or any humanitarian case even if there is a first-degree relative with a British citizenship.

The report called on the international community to act to reduce the suffering of the Syrian refugees, stressing the need to increase assistance to displaced people inside Syria whose numbers exceed 6.4 million.

The report also stressed the need to investigate and to hold accountable those involved in the theft and corruption in the Assad regime's coordination with international workers inside Syria to deliver more than 90 percent of the aid provided to pro-regime areas.