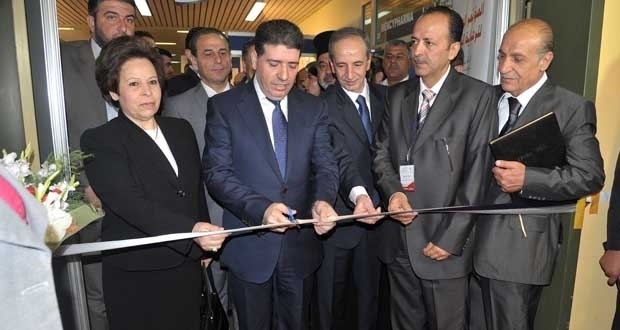 The Medical Care Scientific Conference and the Syrian Medicare 2015 exhibition opened at al-Assad University Hospital in Damascus on Monday.

Doctors and specialists from the public and private sectors will take part in the conference, which is organized by United for International Exhibitions and Conferences and sponsored by the Syrian government.

Around 24 local medical companies representing 81 foreign companies from 16 countries are exhibiting their products at the four-day Syrian Medicare exhibition, recommencing for first time since the country’s four-year crisis began.

Prime Minister Wael al-Halki lauded the role of Syrian doctors in doing their duty towards Syrian civilians and military personnel, stressing the importance of medical conferences in introducing new medical innovations and encouraging the exchange of knowledge.

Halki said the health sector would continue to provide medicine, particularly for chronic diseases, free of charge, while providing hospitals with the latest medical equipment.