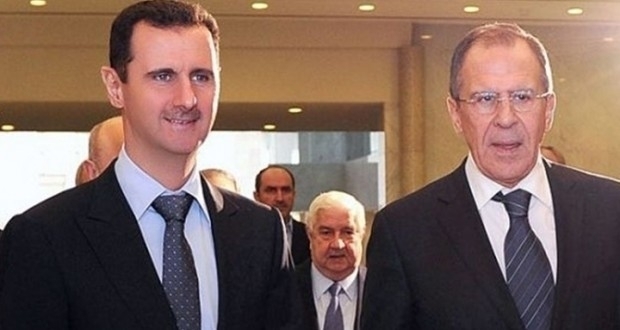 The flight carrying Russian citizens from Syria’s coastal city of Tartous to Moscow was not an ordinary evacuation by any means, as the passengers onboard were in fact the families of Russian military advisers stationed inside Syria.

The move appears to show two things: first, an urgent change in Moscow's strategy towards the Syrian crisis; and second, Russians fear of the impact of the next phase on its citizens.

The French newspaper Le Monde recently prepared a report on the Russian position towards Assad's regime after the evacuation of the families of Russian military advisors.

The newspaper quoted the Director of Brookings Institution in Doha, Salman Sheikh, saying the Russians sense they "will lose their influence, and that the disintegration of the Syrian state is not in their favor", further noting that "there are several indications that Russia has begun moving away from Bashar al-Assad, and the evacuation of its citizens is one of these indicators".

The report goes on to claim: “the two meetings held in Moscow, in January, then in April, between the representatives of the Syrian president and the opposition figures accepted by Damascus, were seen as a test".

Analysts claim the recent meeting in Sochi (only days before the evacuation), between Russian President Vladimir Putin and US Secretary of State John Kerry, reflects the strategic shift in the Russia’s position towards the crisis in Syria, particularly after several sources revealed the meeting discussed the post-Assad phase in Syria. Russia’s Foreign Minister, Sergey Lavrov, responded saying: "the talks focused on how to settle the war in Syria".

Some analysts also believe the Russian move is only out of concern for its citizens, after the opposition seized the Syrian province of Idleb.  The fear comes following remarkable gains by the Syrian opposition on the northern fronts after the majority of its forces united under the banner ‘Jaish al-Fateh’.

Whatever the motivation behind Russia’s actions, it does not diminish the importance of the next phase, which some observers see as a crucial stage that could see the country move towards a fundamental shift in power.