Damascus condemns Doha for its support and cooperation with the Nusra Front, ISIS and other Al-Qaeda-affiliated organizations inside Syria 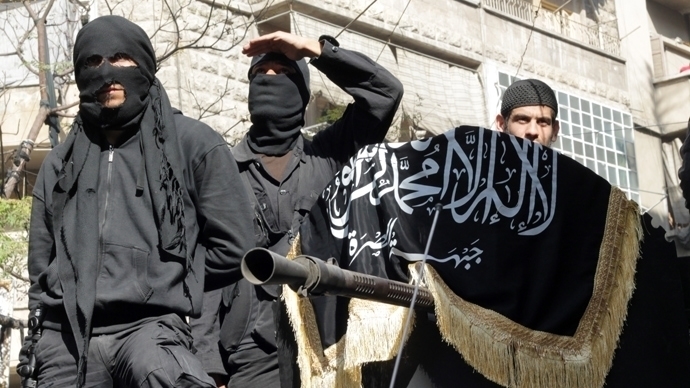 Syria’s Foreign Ministry has addressed a letter to the United Nations in response to false allegations made by the government of Qatar implicating Syria in the use of chemical weapons against its own people.

The letter states that the Syrian government rejects the false allegations by the Qatari government, claiming the accusations were part of a desperate bid to polish the Qatari image, cover up its support for terrorism, distort facts, and distract UN and Security Council member states from the direct support provided by the Qatar regime to terrorist organizations.

The letter noted that the allegations by Qatar are ironic, considering it was Damascus who requested an investigation into the use of chlorine by terrorists against innocent civilians in Syria, while Doha seeks to defend their connections to the Nusra Front, ISIS, and other Al-Qaeda-affiliated terrorist organizations.

The ministry also said that Qatari media outlets are conducting a propaganda campaign for terrorist organizations active in Syria, with the most recent example being Al Jazeera’s interview with Nusra Front leader Abu Mohammad al-Golani on May 27.

The letters stated that the appearance of Abu Mohammad al-Golani on Al Jazeera is solid proof of the cooperation between the terrorist organization, Al Jazeera and the Qatari government.

The ministry further noted that Qatar’s foreign minister told France’s Le Monde newspaper on May 11 that cooperation with the Nusra Front and its offshoot terrorist organizations is an inescapable reality, quoting him as saying: “We are against any extremism, but all those groups with the exception of ISIS are fighting to topple the regime, and moderates can’t tell the Nusra Front to stay at home and that they won’t work with them”.

The ministry asserted that the statement constitutes a clear confession by the Qatari government of their supporting and cooperation with the terrorist organization, in blatant violation of the UN Security Council’s counterterrorism resolutions.

The ministry concluded by saying the Syrian government demands that the UN takes immediate steps against the Qatari government for its support to terrorist organizations responsible for crimes against the Syrian state and people.