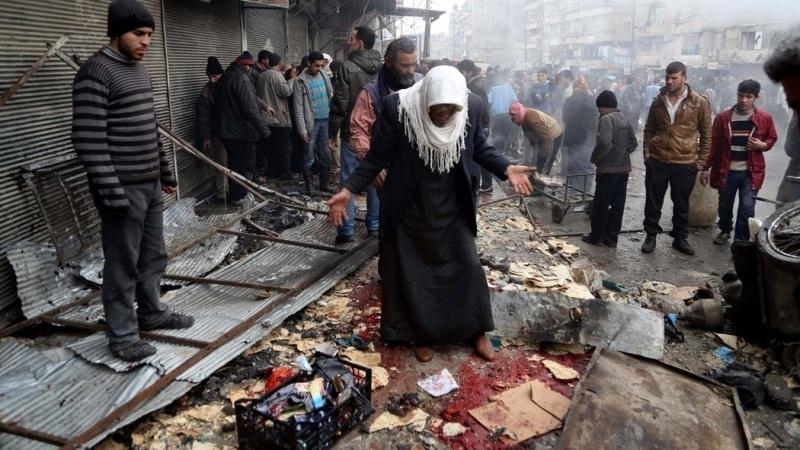 Syria has accused a number of countries, including Belgium, the Netherlands and Luxembourg of “shedding crocodile tears” over the Syrian people, while also proposing draft resolutions at the United Nations Security Council to cover the crimes of terrorists in Syria.

The statement was addressed in a letter to the UN Secretary-General and head of the UN Security Council in response to earlier allegations of the Assad government’s use of barrel bombs.

In an appeal to the UN Security Council, 71 countries previously demanded the Syrian government immediately cease the “systematic use of barrel bombs”; a charge countries have repeatedly used to tarnish the image of the Syrian state.

Syria’s Foreign Ministry said that the countries signatory to the petition have turned a blind eye to the policies of states that have fuelled the crisis, citing Saudi Arabia, Qatar, Jordan, Turkey and Israel. The appeal also grossly ignored the US training of terrorists whom they designate as “moderate opposition” in camps located on these countries’ soil, the letters added.

The ministry accused Israel of colluding with terror organizations operating in Syria, citing the increasing numbers of injured fighters who have been admitted to Israeli hospitals.

The ministry expressed astonishment at the “glaring paradox” as the petition ignores the CIA’s annual expenditure of $1 billion dollars to train terrorists to fight on Syrian soil.

The terrorists, who receive Western aid, are showering Syria’s cities with shells and rockets that have claimed thousands of lives, most of them women and children, the letters added.

The ministry indicated that the accusations are intended “to blacken the image of the Syrian state” and belittle its counter-terrorism efforts.

The letter further stated that the Syrian state is only carrying out its constitutional duties by protecting its citizens from the attacks of terror organizations, a right that some countries have denied Syria.

The ministry noted that the Syrian army continues to do its best to avoid inflicting civilian casualties while terror organizations continue to use civilians as human shields.

“The Syrian army, like all other armies in the world, is using traditional weaponry that has been used by the same countries which have signed the shameful letter”, the ministry added.