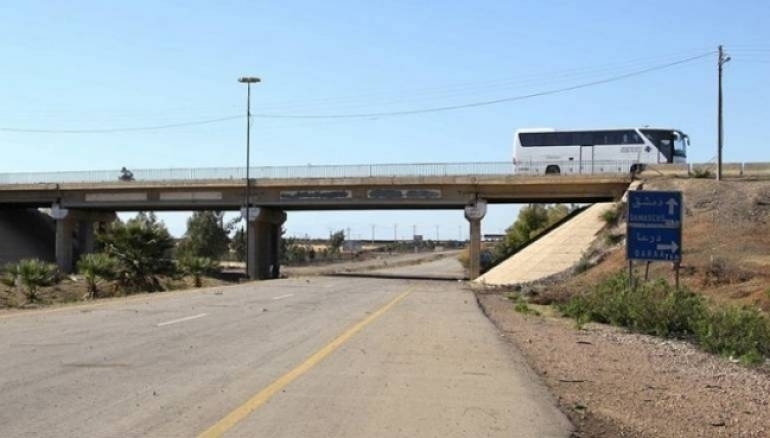 Pro-regime and opposition media have published conflicting reports on the situation in the province of Daraa.

Syrians rebels released a video on Thursday stating the road linking the southern city of Daraa and Damascus is currently a militarized zone, warning civilians to avoid approaching the highway.

Pro-opposition website Zama al-Wasl reported rebels had seized parts of the road following the success of operation Southern Storm, an offensive to eliminate the presence of pro-regime fighters in Daraa.

State news agency SANA responded to the media reports on the rebels’ seizure of the Daraa-Damascus highway, stating the claims "have been totally refuted".

A police source spoke to SANA on Thursday, saying: "what is being circulated by some media outlets about the terrorist organizations taking over the Daraa-Damascus highway is completely untrue”.

The source stressed that the highway remains under the full control of the Syrian army and armed forces.

Meanwhile, Daraa governor Mohammad Khaled al-Hannous confirmed the situation in the city is currently under control, stating that terrorists failed to enter the city and it surroundings after attempting to launch an assault in the early hours of the morning.