Many cases of undeclared bankruptcy exist as traders and industrialists are fearing for their reputations, hoping one day to pay their debts and return to work, according to Chamber of Commerce official 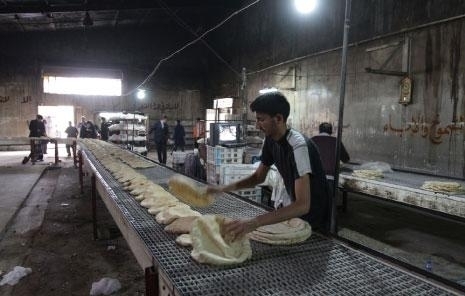 The Syrian Center for Policy Research (SCPR) recently reported that the long-term armed conflict in Syria has led to cases of large-scale bankruptcy, especially with regard to companies and infrastructure targeted by vandalism, while most of Syria’s qualified and skilled workforce has fled the country. According to SCPR, the mass decline impacts both public companies and private enterprises, with the latter the most affected and vulnerable. The center claims that up to 2.9 million workers have lost their jobs since the outbreak of the war, and that employers have lost or exhausted much of their financial resources. Can these factors be considered an indication of legitimate "bankruptcy" amongst traders and industrialists?

Chairman of Damascus Chamber of Commerce Amer Kharboutly stresses: "the Chamber did not receive any legal document publicizing the bankruptcy of any trader. There may be cases where traders have stopped their activity or did not renew their membership in the Chamber, but this doesn’t suggest bankruptcy, which is issued by a judicial sentence".

“They didn’t officially declare their bankruptcy, but all the commercial and industrial institutions know it", Nouri explained.

"Normally, bankruptcy is declared to stop the creditors, but today everyone has become familiar with the losses, whether financial or human. Expectations are no longer related to maintain the liabilities, but to maintain the assets", Khayyat said.

Yet, some cases exist where businessmen have used bankruptcy as a means to escape paying debts to third parties. The broader segment of traders and industrialists hope to be able to restart their plants and facilities, and for their reputation and investor relationships to start over, as the Director of the Internal Trade Department noted that "some companies were able to work again after following the proper procedures". But what is the news these "bankrupt" traders and industrialists waiting for?

Vice-chairman of the Damascus Chamber of Commerce believes that instead of prosecuting bankrupt businessmen, “it is more useful for the national economy to assist them (under certain conditions) to re-launch the wheel of production in their facilities, thus giving them the opportunity to pay off their debts and loans, and at the same time employ thousands of unemployed workers, and secure the needs of the market. Applying punitive measures would not work, as plants and facilities will not return to production, and creditors will not receive their owed debts".

Such a step, which businessmen hope the government will take, is still far from the minds of the economic decision-makers in Syria, as evidenced by the absence of any study to monitor the phenomenon of bankruptcy and the options available to deal with its effects.

"There is no doubt that we suffer from the absence of data and statistics in all areas, including the data and statistics related to the business sector, and this leads to wrong estimates of the losses and damages, putting the decision-makers in the dark area when he plans for tomorrow, either for recovery or for growth", Khayyat says.