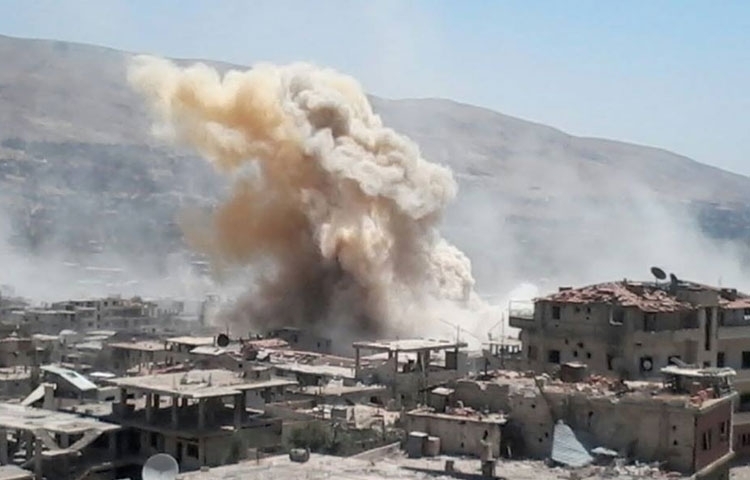 Ahrar ash-Sham Islamic Movement announced the end of the negotiations with Iran calling for a ceasefire in Zabadani in exchange for an end to the bombing of Kefraya and Fua in northern Idleb.

In a statement issued by the Movement’s political wing on Wednesday, August 5, Ahrar ash-Sham explained negotiations ended due to “the insistence of the Iranian delegation on evacuating opposition fighters and civilians from Zabadani, and transferring them to other areas."

The statement added that Syria "is about to pass a critical point with regard to the division and change of its demography, as the sectarian plan of displacement and evacuation of Sunnis from Damascus – and all areas adjacent to the border with Lebanon – has reached its final stages. Zabadani is the first step in the last phase, which will end in eastern Ghouta, God forbid."

"The issue of Zabadani has exceeded the boundaries of the city and the responsibility of the Movement, it is now the issue of Syria in the face of sectarian division and displacement projects," the statement added.

The Movement announced early August it would continue its second phase of shelling on besieged towns of Kefraya and Fua in northern Idleb with homemade rockets.

The failed negotiations took place away from the media in Turkey, after the local council in Zabadani provided the movement with a mandate to negotiate on behalf of the city after regime and Hezbollah forces launched an offensive to seize the city and secure the Lebanese border early July.