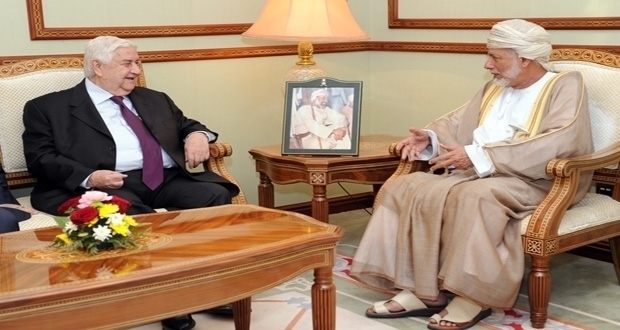 The talks, which were held at Oman’s Foreign Ministry building, discussed the details of the crisis and bilateral relations between the two countries.

Both sides agreed the time has come for unifying efforts to put an end to the crisis in Syria and to fulfill the aspirations of the Syrian people in combating terrorism, establishing security and stability, and maintaining Syria’s sovereignty and territorial integrity.