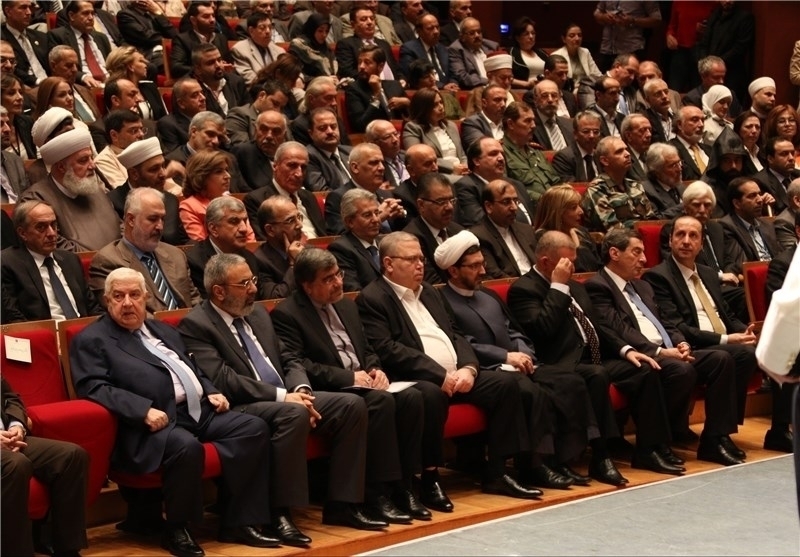 Information Minister Omran al-Zoubi met with Iranian Minister of Culture and Islamic Guidance Ali Jannati to discuss means of boosting media and news cooperation between press institutions in Syria and Iran to confront the terrorist mentality.

In light of the terrorist war being waged against Syria, Zoubi referred to attacks that have targeted the media sector, killing many journalists and destroying a number of media centers, in an attempt to prevent the national media from conveying the reality of events to the world.

“Iran has great expertise in the war media and we will benefit from it in our war against terrorism,” Zoubi said.

The minister underlined the importance of signing a memorandum of understanding on media cooperation between the two states, adding that the move will boost bilateral cooperation against the dangers posing a threat to the region and its identity.

Jannati, for his part, emphasized his country’s continued support to Syria, particularly in the media field, describing relations between the two countries as “strategic” and “distinguished”.