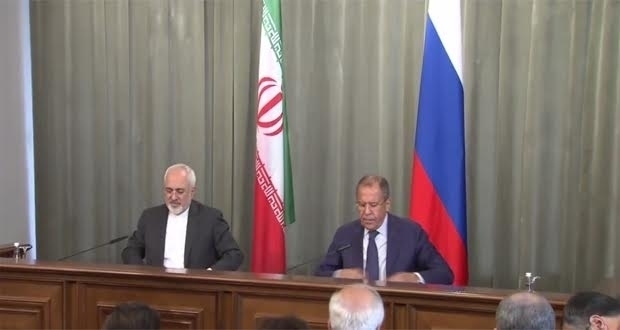 Russian Foreign Minister Sergei Lavrov and his Iranian counterpart, Mohammad Javad Zarif, stressed their countries’ unified position on the crisis in Syria that favors a political solution away from foreign interference.

Speaking during a joint press conference with the Iranian Foreign Minister in Moscow, Lavrov said the two sides focused during talks on the importance of intensifying efforts and cooperation to solve the Syrian crisis.

“A solution to the crisis in Syria will only be peaceful, diplomatic and political that can be reached in the framework of all-inclusive talks involving all Syrian parties without foreign interference,” Lavrov said.