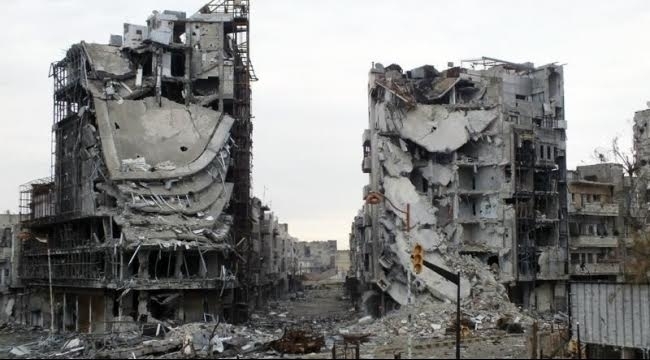 A recent report issued by the Arab Monetary Fund revealed the deficit in Syria’s budget will record a rise of up to 601 billion pounds, 8.7 percent of expected GDP, adding that the country’s GDP is expected to shrink this year by 0.6 percent.

The deficit in Syria’s budget reached around 567 billion pounds last year, which consisted of 10.6 percent of the estimated GDP of 2014.

According to the report, estimates show that Syria’s debt will record a rise this year of about 8.7 billion dollars, compared to 8.2 billion dollars at the end of last year.

With regards to the performance of the Damascus Stock Exchange, the report confirmed the continuous decline during the first half of this year, indicating that the market index decreased by 3.3 percent.

The report attributed the sharp fall to the suspension of projects and activities of the productive institutions as a result of the destruction in infrastructure and a lack of fuel. Thus, the Syrian economy has lost more than 103 billion in various sectors, including oil, tourism, industry, trade and agriculture. At least 49 billion dollars of these losses were in 2013, as the tourism industry lost a total of 1.5 billion dollars, while the industrial sector recorded a loss of 2.2 billion dollars.

Commenting on the figures, financial analyst Nawar Talib said: "We cannot consider what is happening in the Syrian economy as a shrink by less than 1 percent, especially after the paralysis of the economic cycle in most of the production and service sectors, and after the war losses reached 200 billion dollars."

"I am not questioning the credibility of the Arab Monetary Fund, but I want to underline the lack of independent sources, and the contradiction between the figures issued by the regime and the data and statistics issued by the opposition and international organizations. In addition, we are unable to accurately determine the rates due to the continuation of the war and the difficulty of access to all Syrian areas," Talib added.

Talib stressed that the Assad regime has misled observers by providing financial figures that present Syria as economically stable. The government recently declared that the general budget for the current year has reached a record of 1,554 billion pounds, an increase by about 164 billion pounds from 2014.