Around 200,000 water purification tablets and other medical supplies distributed to displaced residents of Yarmouk camp 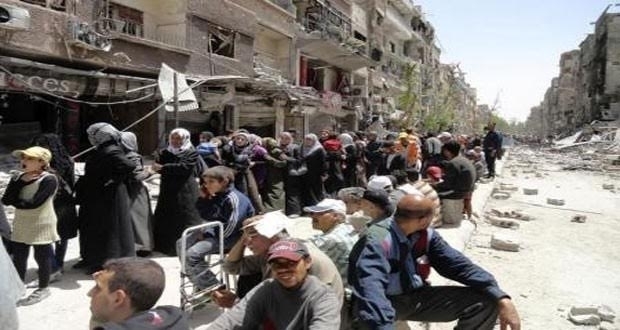 The General Authority for Palestine Arab Refugees (GAPAR) and the United Nations Relief and Works Agency for Palestine Refugees in the Near East (UNRWA) continued its distribution of food packages and medical supplies to displaced people who fled Yarmouk refugee camp following its occupation by Islamist forces.

Mustafa said that food and medical aid would continue to be provided to displaced people from the camp who are staying in Zainab al-Hilaliyeh center in al-Tadamon.

Residents of Yarmouk camp in southern Damascus were forced to flee their homes in April after ISIS fighters stormed the area with the assistance of Nusra Front.