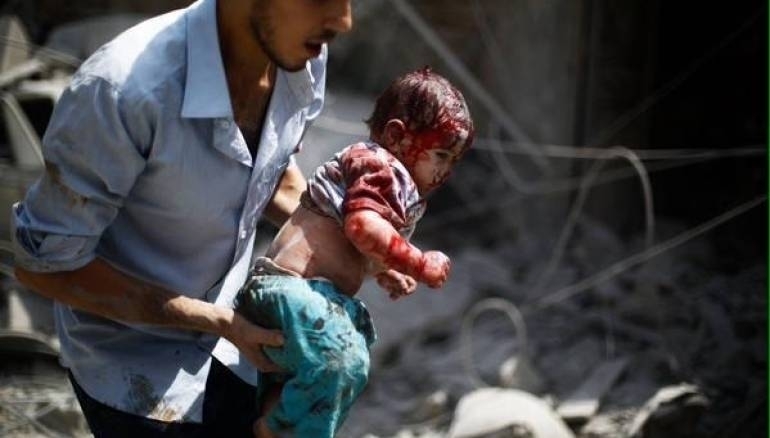 The Syrian air force launched deadly raids on the rebel-held city of Douma near Damascus, killing 10 civilians, six women, and four children, according to medics and a monitoring group on Wednesday.

The Syrian Network for Human Rights (SNHR) stated that six women and four children were the victims of the regime’s air raids on the embattled city of Douma located 10km (7 miles) northeast of Damascus. SNHR also reported five deaths in the neighboring suburbs of Saqba and Zebdin.

In western Ghouta, regime army snipers killed two in the town of Moadamiyet Al-Sham, according to SNHR. In August, the monitoring group documented 1,213 civilian casualties, including 289 women and 302 women, among whom 300 were from Douma. The group also stated that it has documented 16,744 cases of enforced disappearance since the eruption of the Syrian revolution in March 2011.

Attacks on the rebel-held region of eastern Ghouta included air raids on August 16 that killed 117 in a marketplace in Douma.