1,192 were wounded and 895 residences were completely destroyed. The air strikes also left behind 372 orphans in Ghouta, according to the office 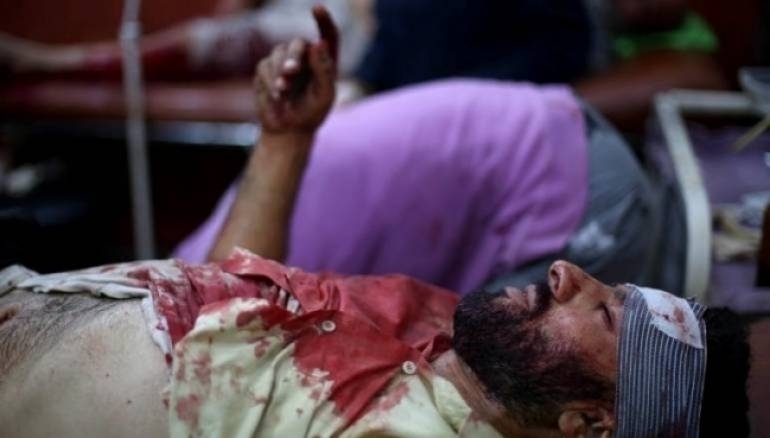 At least 556 civilians were killed in a deadly air campaign carried out since August 10 by the Syrian regime against the suburbs of Eastern Ghouta near Damascus, according to a local monitoring group.

The Unified Relief Office (URO) in the embattled eastern district of Damascus has documented the deaths of 556 civilians, including 123 children and 43 women.

Other attacks against the rebel-held region of Eastern Ghouta included air strikes on August 16 that killed 117 people in a marketplace in the town of Douma, 10km (7 miles) northeast of Damascus.

URO stated that 1,192 were wounded and that 895 residences were completely destroyed. The air strikes also left behind 372 orphans in Ghouta, according to the office.

The Syrian Network for Human Rights (SNHR) stated that it has documented 16,744 cases of enforced disappearance since the eruption of the Syrian revolution in March 2011.