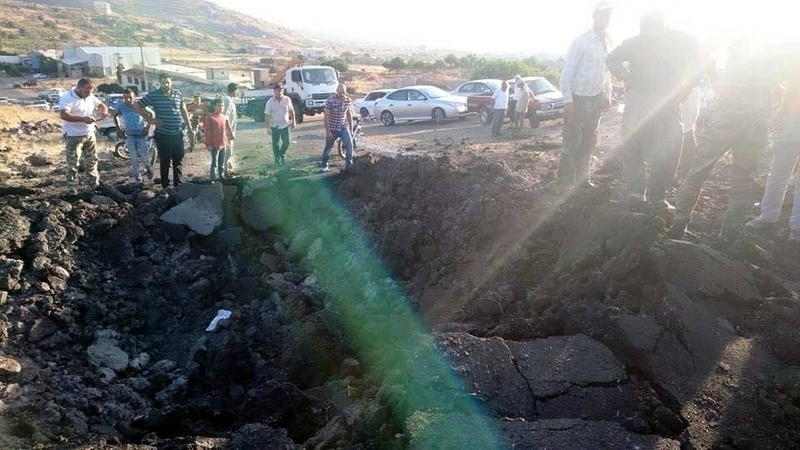 Al-Wafed Abu Turaba, a terrorist affiliated with the Nusra Front, admitted responsibility for two car bombings that rocked the city of Sweida on Friday, according to the head of the security committee in Sweida.

The committee head stated to SANA that Abu Turaba, who was arrested on Sunday, admitted to participating in the attacks against the military police, the security services, and the municipality of Sweida on Friday, in addition to vandalism and robbery.

The explosions occurred in two separate areas of Sweida, and left 38 killed and dozens injured.

SANA cited a source at Sweida Police Department as stating that Abu Turaba, born in 1979, confessed that he stopped a taxi on the day before the bombings, killed its driver Omar Harb Qarqamaz – whose body was found on the same afternoon – packed the vehicle with a large amount of explosives, and then parked it at Ein Al-Marj in Dahr Al-Jabal.

Abu Turaba stated that he and his group of terrorists detonated the vehicle as Sheikh Wahid al-Balous passed nearby in a convoy of Al-Muwahidin Muslims consisting of several vehicles. The source reported that Balous was among the dead, while several others were injured.

Abu Turaba also confessed that his group detonated another car bomb outside the National Hospital where families of the victims of the aforementioned bombing gathered, killing and injuring dozens.