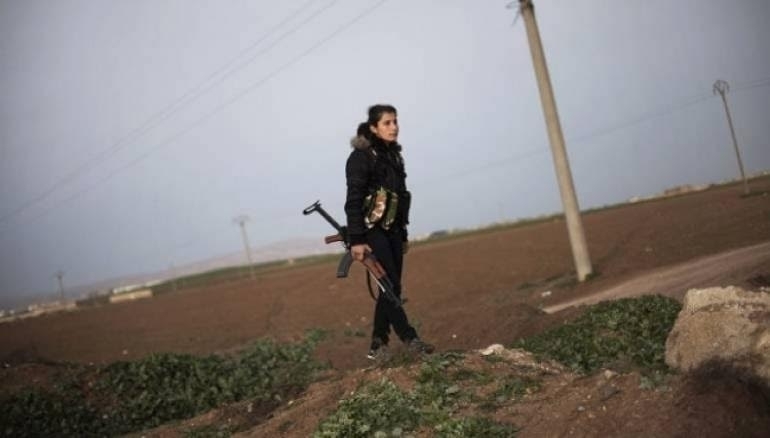 Asayish, an armed group affiliated to the Democratic Union Party (PYD), has reportedly looted houses in Arab villages within the largely Kurdish region in northeast Syria, local activists in the western countryside of Hassakeh reported.

A woman from Tel-Tamer, speaking to Zaman al-Wasl on condition of anonymity, said Kurdish traders had founded shops to sell the second-hand goods stolen from the abandoned houses in Arab villages of al-Agabish, Tal-hamam, Alarbaeen and al-Sooseh.

The woman confirmed that residents of al-Agabish had been suffering from the party’s practices, as they were forced to leave their homes and live in tents or with their relatives in the village of al-Seeha.

According to the woman, most houses in al-Agabish had been demolished, where members of the PYD would loot homes of furniture and even ceiling wood, the most valuable commodity in mud houses.

The witness recounted a story of a man and his wife who returned from a long visit in Lebanon to see their old furniture being sold at a market of the city. When the woman publicly protested, slapping and scratching her face, her husband told the crowd that she was distraught by the news of her brother’s death, in order to avoid the anger of PYD militants.

Another man from al-Agabish who had his house swept away said: “if there are 10 armed people in a village of more than 5,000 people, does that justify demolishing the village entirely? Even If they had left us only walls of our houses, we will go back to them, we hoped that they would feel satisfied after stealing our furniture.”

The man said that members of the Asayish had become traders of doors, cabinets and power cords, not only in Tel-Tamer, as there are three such shops in the city of Hassakeh.

The events come during the anniversary of the massacre committed by militants of the Democratic Union Party in the villages of Al-Hajiyeh and Tel-Khalil, 18 km to the south of Qamishli. Pro-Kurdish militants attacked the two villages, killing 35 civilians, including nine children and three women, on September 13, 2014.

Amnesty International denounced in a report published Monday the arbitrary arrests carried out by the Democratic Union Party in the north of Syria against people accused of belonging to opposition groups or working in favor of ISIS.