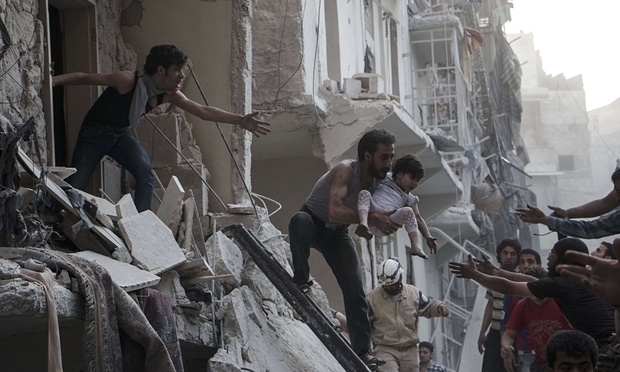 The Syrian air force raided the neighborhood of al-Shaar in the northern city of Aleppo on Thursday, killing at least 20 people, sending the civilian death toll to 60 in the last 72 hours, activists and monitoring groups said.

At least 10 people in rebel-held neighborhoods of the city were reportedly killed on Tuesday in response to the attacks.

On Wednesday, further regime air strikes on Aleppo killed 30 civilians, according to the Syrian Network for Human Rights (SNHR).

The monitoring group said at least 20 people, including three children and a woman, were killed in a barrel bomb attack on al-Mashhad neighborhood, while seven other victims also lost their lives in a missile attack on al-Kallaseh neighborhood.