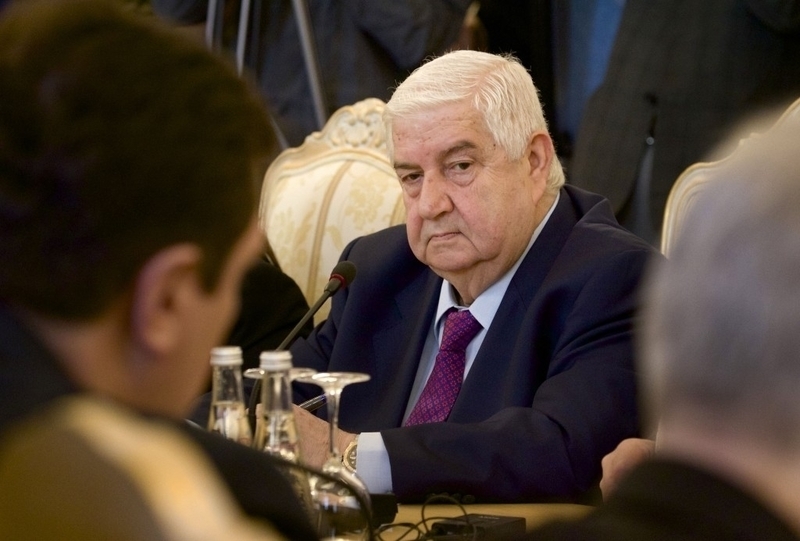 Venezuelan President Nicolas Maduro affirmed his country’s solidarity with Syria and its legitimate leadership against terrorism and the conspiracy targeting it.

Meeting with Syrian Foreign Minister Walid al-Muallem on the sidelines of the UN General Assembly in New York, President Maduro said, “I will send Venezuelan Foreign Minister to Damascus soon to express our solidarity with Syria and discuss prospects of bilateral cooperation and relay a message of amity to the Syrian people.”

Muallem, for his part, appreciated Venezuela’s support against terrorist organizations, pointing out to the importance of deepening coordination at international forums, particularly as the two countries continue to resist US expansionism.

The foreign minister also met Iraqi counterpart Ibrahim al-Jaafari to discuss the latest developments in the region, particularly regarding the combating of terrorism.

The two sides lauded the recently adopted cooperation and information exchange initiative, bringing together Syria, Iraq, Russia and Iran in a step to coordinate the four countries in combating terrorism.

Talks during the meeting also dealt with efforts to find a political solution to the crisis, with a priority on combating terrorism.

In a third meeting, Muallem briefed his Sudanese counterpart, Abdul-Aziz Ghandour, on terrorist acts in Syria conducted by the Islamic State (ISIS) and Jabhat al-Nusra, backed by a number of regional countries.

Muallem stressed that combating terrorism is priority for the Syrian government as it could pave the way for reaching a political solution to the crisis in Syria and meet the aspirations of the Syrian people. Ambassador Ghandour also expressed his country’s solidarity with Syria, particularly in light of the mounting danger of terrorism in the country.