Statistics show city was targeted at a rate of 17 explosive barrels per day over the period of a month, council says 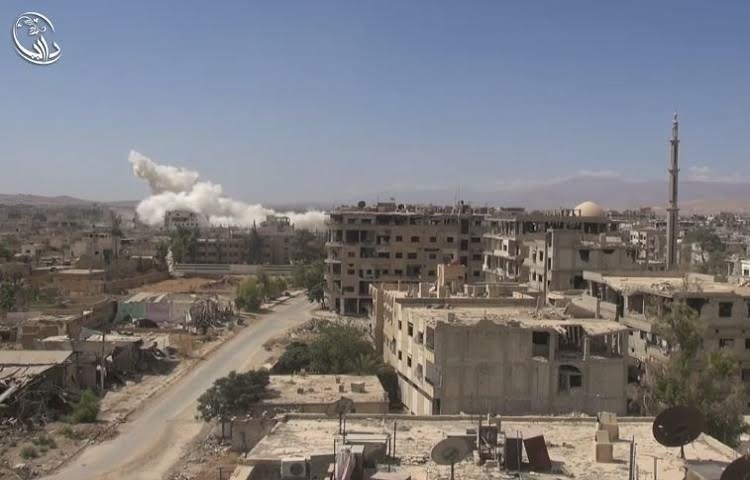 At least 510 barrel bombs have targeted the city of Daraya in the month of September alone, the local council reported on Thursday, October 1.

According to the council’s official Facebook page, statistics show the city was targeted at a rate of 17 explosive barrels per day.

The council attributed the escalation of Assad's air raids on the city to the recent losses suffered by regime forces in August during the battle of "Daraya Flames", during which Free Syrian Army fighters regained strategic points overlooking the Mezzeh Military Airport.

Daraya, in the western countryside of Damascus, has suffered from a three-year siege imposed by pro-regime forces. Its local council attempts to secure the needs of around 10,000 civilians still living in the city on a daily basis.