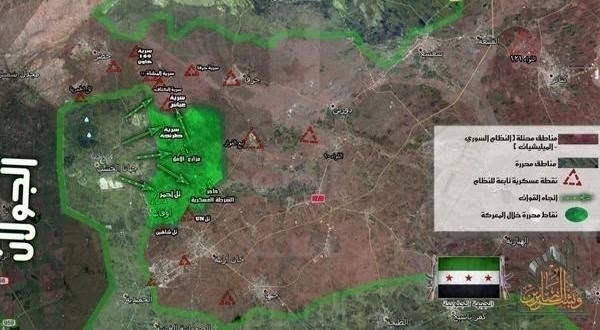 The capture of Tel Ahmar comes days after opposition factions seized the Fourth Division of the Syrian army’s Brigade 91 in the same offensive, which aims to break the siege on Western Ghouta.

According to the commander of the rebel Qassioun Brigades, Kinan al-Eid, "opposition factions have used new rocket launchers (BM 21) in the battle. The factions seized a large number of anti-tank missiles, and large quantities of ammunition, and they will continue the fight until they break the siege imposed on Western Ghouta."

Eid added that Tel Ahmar has, "great strategic importance in the region, as it connects the city of Khan Arnaba in Quneitra, which is controlled by the regime, and the divisions of Brigade 91."

On the other hand, the military commander of the Islamic Ahrar ash-Sham Movement in the Southern Sector, Ahmed Khalifa Al Mahmeed, nicknamed "Abu Khalifa", was also killed during the clashes that preceded winning control of the area.