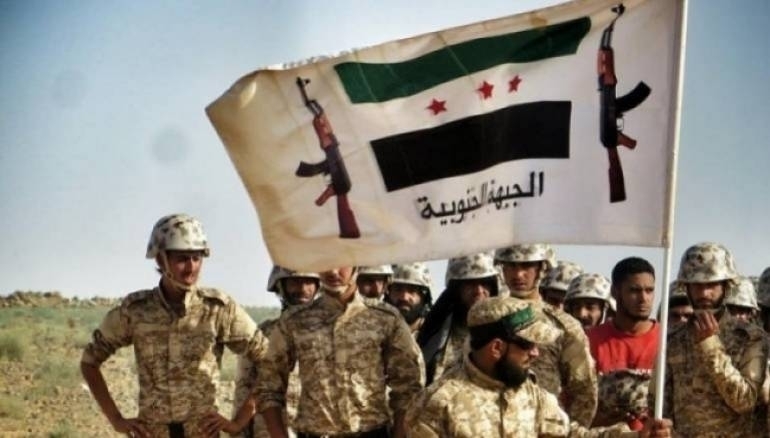 The rebel Southern Front alliance has accused powers inside the Friends of Syria group of participating in the implementation of some plans with the Assad regime's allies, labelling the move "unlawfully malicious”.

In a statement posted on its official website, the Front said it considers the governments of Russia and Iran, "real enemies of the Syrian people, and a legitimate target for the fighters of the Southern Front, as the resistance against occupation is a legitimate right safeguarded by the United Nations."

The Front condemned the Russian airstrikes launched against opposition factions in Syria, stressing the Russian intervention is an "occupation disguised in anti-terrorism mask, with its real goal to protect the Assad regime in Syria."

The commander of the Southern Front’s Yarmouk Army, Bashar al-Zoubi, said, "the Russian intervention is an attack on Syria. It aborts the political process, especially the plan of the UN envoy, Staffan de Mistura."

Zoubi said the intervention is a sign of the collapse of Assad's regime and the Iranian militias in Syria, stressing that Russia’s involvement leads to a radical transformation from a revolution against injustice to popular resistance against occupation.

But news from southern Syria reports a batch of US-made Stinger missiles has arrived to formations of the Southern Front.

Yasser ar-Rahil, a member of National Syrian Coalition’s Information Office, said in a press statement: "the solution is not to arm the Free Syrian Army, the solution is to stop Russia. The Security Council and the United Nations should play their role in stopping such practices."