The battle near Damascus has become a war of attrition, as Assad's forces have struggled to recover areas lost to the Army of Islam, including the international motorway 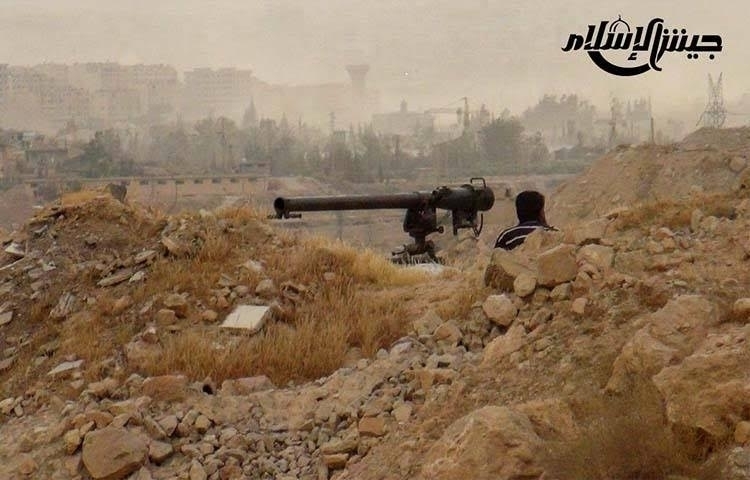 The military confrontation on the outskirts of the suburb of Assad, located north of Harasta, Damascus, has entered its 25th day, enabling the Army of Islam to inflict heavy losses on regime forces.

The Information Office of the Army of Islam reported that 15 members of the Republican Guard were killed on the morning of Monday, October 5, during attempts by regime forces to regain areas lost weeks ago.

On its Facebook page, the Damascus News Network also confirmed a number of residents of the suburb of Assad were killed and injured as a result of mortar shelling.

The Information Office said that in the last few days the losses on the regime’s side had been "cruel," as the Army of Islam has managed to destroy two T-72 tanks, three 3”/23 caliber guns and two armored vehicles, as well as killing around 50 members of Assad’s forces since the start of October.

Activists from Eastern Ghouta, Damascus, believe the battle has become a war of attrition, as Assad's forces have struggled to recover areas lost to the Army of Islam near Tel Kurdi, the international motorway and around the suburb of Assad in spite of the daily convoys sent to recover them.