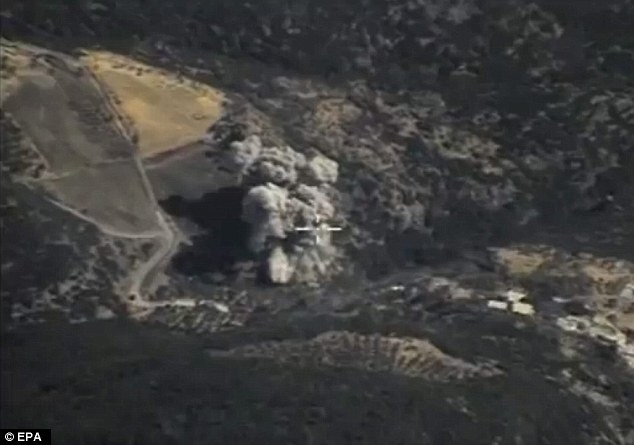 Hundreds of Islamic State (ISIS) terrorists were killed in Russian airstrikes in the countryside of Aleppo, a military source confirmed on Thursday.

The source explained that the Russian Air Force, in cooperation with the Syria, conducted a series of “precision” airstrikes on several ISIS targets in Andan, Atareb, Deir Hafer, Mansoura and Bab.

According to the source, hundreds of terrorists were confirmed dead, and tens of armored vehicles, two Grad rocket launchers and a large ammunition depot were destroyed in the strikes.

Coinciding with the air strikes, the army units continued operations in various areas in Aleppo, with the armed forces defending the air force academy in the countryside.

A number of ISIS terrorists were also killed or injured, and several machine guns, an armored vehicle and a depot were destroyed during army operations last night in the villages of Huweijineh and Salehiyeh, in the eastern countryside of the province.

Terrorist organizations with ties to Nusra Front suffered heavy losses at the hands of the Syrian army units in the surroundings of the Scientific Research Center and in Mansoura village in the western countryside.